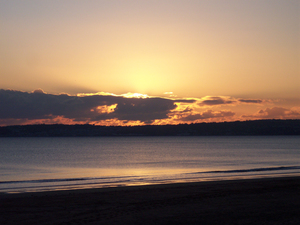 The UK Government have announced the beginning of in depth discussions that could pave the way for a ‘world first’ tidal lagoon energy project.

Based off the south coast of Wales in Swansea Bay, the £1 billion project will comprise of 16 underwater turbines that will generate electricity on both rising and falling tides. It is hoped that the success of this project will spark a tidal energy movement that could provide Britain with up to 8% of current power needs.

The project has garnered both local and national support, with Energy Secretary Ed Davey describing it as a ‘huge opportunity’ to help cut carbon emissions whilst strengthening the country’s energy security.

However, negotiations could still fall through if the Government are unable to agree on a guaranteed price for the electricity generated by the project, which is estimated between £155 and £162 per Mwh.

It won’t be until the New Year before we find out if the project gets the go ahead, but many industry experts are prematurely hopeful that early discussions mark a serious step towards utilising renewable energy sources in our country’s future.

Mark Shorrock, CEO of Tidal Lagoon Power said: “Backing the Swansea Bay project also means backing a catalyst for British industry and exports, a new option for strategic flood defences, an opportunity to regenerate coastal communities and a vision for national energy infrastructure that can work hand in hand with nature.”

In addition, the project is set to create thousands of jobs for the surrounding Swansea community.

Welsh Secretary Stephen Crabb recently said; “I am a strong supporter of this project and I have long been making the case to my Cabinet colleagues that Welsh innovation should be supporting the next generation of low-carbon technology. Wales is already home to some of the most cutting edge companies in the world and the country is uniquely placed to pioneer tidal power.”