British Gas (BG) is cutting its gas and electricity prices for the second time in six weeks, the company announced today.

Its customers are to benefit from a further six per cent drop in the cost of electricity and an additional three per cent cut in the price of gas. 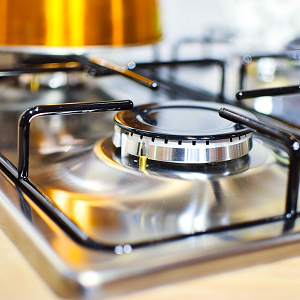 The Centrica-owned company claims that the cuts will reduce bills by an average of £40, or £207 a year, for those who are signed up to receive both services from BG.

Recent falls in the price of wholesale gas have prompted BG to make the move.

Earlier this week energy regulator Ofgem urged customers of rival companies EDF Energy and Scottish Power to switch suppliers after revealing that the two firms were alone among the UK's six largest energy suppliers in having failed to cut their prices as a result.

A previous price cut announced by BG in February and implemented on March 12th cut electricity costs by 11 per cent and gas prices by 17 per cent.

The energy company said that following the latest reduction, the average annual bill for its duel fuel customers would drop from £1,120 to £913.

Last week it was revealed that customer complaints against BG had soared following the introduction of a new billing system, but the company stressed today that it was attracting more customers and was committed to improving its service.

An additional 678,000 customers have signed up to BG since it announced its first price cut in February, the company said.

Commenting on the latest reduction, BG managing director Phil Bentley said: "We want BG to offer the best value around."

"We've taken the lead on lower prices and we are committed to restoring our customer service to an industry-leading level," he added.