BT announces deal with npower to use 100% renewable energy power 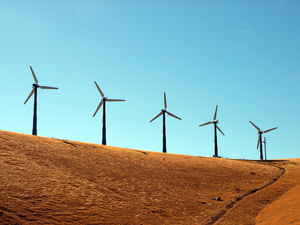 In a significant move to make itself greener BT has announced a deal with UK energy provider npower to receive 100% of its power in the form of renewable energy.

As part of the telecommunications giant's Better Future strategy, the move is set to make it one of the biggest companies in the world to currently take such measures: Through such action, the firm is hoping to significantly cut down its carbon emissions by as much as one million tons.

Energy secretary, Ed Davey, praised the move, due to run until 2016 before being reviewed, while at the same time urging other firms to follow suit.

He said: "I am delighted that BT is taking this approach to sourcing their electricity.

"I hope many other corporates will follow the lead of BT and others, in taking their electricity from renewable and low-carbon sources."

BT director of energy and carbon, Richard Tarboton, said: "BT strives to help society live within the constraints of our planet's resources through our products and services.

"This is an example of BT's commitment to be a responsible and sustainable business leader."

RWE npower chief executive, Paul Massara said: "We've worked in partnership with BT for many years and are delighted to have created this bespoke contract as part of the targets set out in BT's sustainability plan."

Part of the UK's 'Big Six' energy suppliers, npower is also participating in the Government's Green Deal. The scheme, launched at the end of January, is designed to offer financial assistance to homeowners looking to improve their household energy efficiency.

Customers have the option to invest the 'loan' on products such as replacement boilers, wall insulation or even solar panels, paying for the work as part of their energy bill while also benefiting from the lower bills such items are designed to provide.