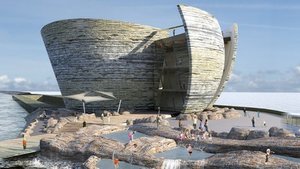 In December, Energy Secretary Ed Davey had announced that discussions on the project were in depth and had officially begun.

There has now been confirmation on Wednesday 18th that the energy generating lagoon in Swansea, have begun commercial negotiations. This tidal lagoon will be the first of its kind, drawing power in the form of electricity from the tide.

A planning application for the project is expected to be released in 2017 and if this gets approved, the tidal lagoon could start generating power in 2022. The aim is to have the lagoon operational and powering 120,000 homes for up to 120 years, the scheme will generate 500 gigawatt-hours of electricity with turbines functioning for 14 hours a day.

Ed Davey has stated that this is a ‘fantastic opportunity’ he then went on to say that "Tidal lagoons could provide 8% of our electricity needs, replacing foreign fossil fuels with clean, reliable home-grown electricity and creating fantastic economic opportunities."

The construction would include a five-mile sea wall up to 20 metres in height, yet the Tidal Lagoon Company has clearly stated that most of this would be obstructed by the sea tides. The construction alone could create up to 70,000 jobs. The Tidal Lagoon Company are asking the government for £168 per megawatt hour of energy for 35 years, and although this is higher than what the UK government agreed talks of clean energy sources in 10-12 years and thousands of jobs up for grabs, is it worth the price?