Is this the end of the standard variable rate tariff?

British Gas has announced it will no longer be offering a standard variable rate tariff (SVT) to new customers from April next year – but why has the Centrica-owned energy giant taken this bold step? What will happen to anyone currently on an SVT? And other energy suppliers follow suit to put an end to these expensive energy deals? 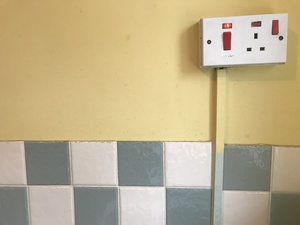 What is a variable rate energy tariff?

Variable rate tariffs are often the default option offered by energy suppliers and, as the name suggests, rates can vary depending upon whether your supplier puts its prices up or down. They are often more expensive, and prices can change at any time.

Why is British Gas scrapping its standard variable rate tariff?

SVTs are usually the most expensive type of tariff available, and the one customers are automatically placed on once a fixed rate deal ends. Over half of British Gas’ 8.4 million customers are currently on an SVT, meaning an estimated 4.6 million households stand to benefit from next April’s changes.

And although the announcement comes just over a month after the government committed to giving Ofgem the power to impose a price cap on energy costs, British Gas has denied this was the catalyst for its decision, insisting that these proposals have been in the pipeline for a number of months.

Speaking on BBC Radio 4’s Today programme this morning, Ian Conn, chief executive of British Gas parent firm Centrica, said: “We have been saying for the last 18 months that the best solution to this market is to end ‘evergreen’ contracts – contracts that don’t have an end date – and we’ve had to pause when Theresa May announced her intention to cap the market, but we have now announced today a comprehensive set of actions to reform the market, starting, in our case, with the removal of the standard variable tariff.

He added: “The real trigger came about four weeks ago, when Ofgem enabled us, and all participants, to have a default tariff other than the standard variable tariff – they permitted fixed-term default tariffs.”

He also called upon the government to prohibit contracts with no end date (SVTs, in other words) and look at ways in which policy costs for green energy can be taken out of consumer energy bills – as things stand, environmental and social obligation costs make up around 8% of the average dual fuel energy bill.

On the face of it then, it seems British Gas is doing its bit to help put an end to, what the prime minister called, ‘rip-off’ energy prices, and encourage changes consumer and provider behaviour to make the energy market more like the car insurance market, where impending contract end dates prompt customers to shop around for a better deal.

What will happen to customers on SVTs?

If you’re one of the 4.6 million British Gas customers on an SVT, you should have been contacted earlier this year, with offers of cheaper, fixed-rate deals. If you’ve since made the switch, your one of just 10% of customers who did so – if not, compare the best energy deals on the market here, and make the switch with us today.

British Gas has said it will contact customers twice a year with offers to switch tariffs and, as of April 1 next year, no one making the switch to British Gas will be placed on an SVT, even once a fixed rate deal ends.

If you’re on an SVT and don’t switch to a new deal, you’ll be placed on a default 12 month contract, which may still have a variable rate that can go up or down along with wholesale prices, and may not even be cheaper than an SVT.

Will any of the other energy suppliers follow suit?

British Gas isn’t the only energy giant to make changes where its SVT is concerned – back in September, E.ON announced it would be replacing its SVT with a fixed term tariff for any customers having a smart meter installed. In addition, any SVT customer who already has a smart meter with E.ON will be offered a move to a replacement one-year fixed tariff.

It’s usually the case that where one of the Big Six energy companies go, the rest will follow, so it would come as no surprise to see more suppliers scrapping their SVT in favour of a standard fixed rate deal.