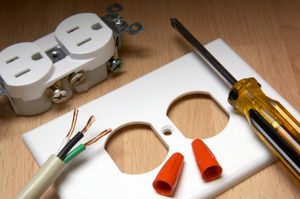 Independent energy supplier First Utility has called on the energy industry and the government to make the supplier switching process simpler for consumers.

The Warwick-based company's calls follow the release of its survey results, in which it found that 93 per cent of respondents stated they'd like to see the switching process sped up to enable them get a better deal. It was also found that 35 per cent would be more likely to switch if the process was quicker.

First Utility is set to launch its Fix the Switch campaign, with which it hopes to reduce the time it currently takes homeowners to, on average, to switch, from five weeks to a day.

It's urging customers, consumers and MPs to sign its online petition to bring the issue to parliament.

Commenting on the petition, and the issues surrounding switching, First Utility's chief executive, Ian McCaig, said: "If we get 100,000 people to sign our petition, this will get debated in parliament and the industry will have to take more notice.

"It takes just four hours to switch mobile phone providers and you can change banks in a week. It is less complicated to change energy provider, yet we are stuck with antiquated process that suit no one other than the incumbents.

"We need to slash the time it takes to change energy suppliers not just by having a few days off the process, but making a real difference and introducing same day switching," he added.

Many of the UK's energy companies are participating in the Green Deal. Launched by the government, the Green Deal enables consumers to apply for funding to install energy efficiency measures  in their homes - from loft insulation to a gas boiler. Rather than having to pay the money back in one sum, though, it enables them to pay the money back in installments through their energy bills.