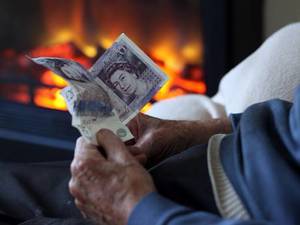 The Government's Committee for Climate Change has released a report that urges the government to refocus their strategies when it comes to the future of Britain's energy, or risk further fuel poverty for our country's poorest households.

According to a recent report released by the government’s Committee for Climate Change, more needs to be done to help Britain’s poorest families heat their homes.

The government body's report indicated that the average household bill is set to rise by 36 pence a day by 2030 because of new clean energy subsidies which were introduced due to a £100 billion investment into infrastructure. However, many of the UKs poorer households’ are unable to afford this price increase.

George Osborne also recently announced cuts to energy efficiency schemes, slashing support from £1.4 billion to just £800 million. The decision received heavy criticism from the Committee for Climate Change, who claim energy efficiency is the way forward when looking to improve value for money.

Ed Matthew, spokesman for The energy Bill Revolution said: “The situation is crazy. Insulation offers by far better value for money than road-building, yet we have just seen £100bn announced for infrastructure without a penny for insulation. We can't load the whole cost of insulation on to bills - many people just can't afford it.”

However, the government claim they are still doing their bit to support energy efficient solutions through schemes such as the ECO and Green Deal.

A government spokesperson said: “Our policies are designed to keep the lights on, reduce polluting emissions and cut energy use at the lowest possible cost to gas and electricity customers.

"That's why we have installed energy efficiency measures through schemes like ECO and Green Deal to over 819,000 homes and a further 600,000 homes are set to benefit by 2017.”

But, with household bills set to rise by over £130 a year before 2030, it is clear that more still needs to be done.

To help protect your household from the rising cost of energy bills, ensure you’re on the right tariff with our gas and electricity tariff comparison page.