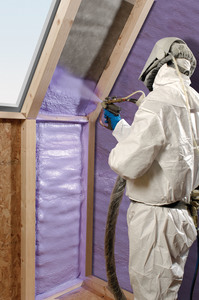 Speaking at the Liberal Democrat conference in Glasgow, Energy Secretary Ed Davey has announced that extra funds are set to be invested into the Green Deal Improvement Fund.

The Green Deal, launched at the start of 2013, is designed to encourage energy consumers to lower their energy bills by taking out loans to purchasing and installing home improvements such as energy efficient boilers, double-glazing, and wall, loft and floor insulation.

The main incentive for householders to take out these loans is that the improvements ultimately end up paying for themselves; the loan repayments are lower than the savings households can make from being more energy efficient.

However, despite the initial intensive marketing campaign for the Green Deal, only 1,754 householders actually signed up for the scheme. At the time, it was criticised that the scheme’s set-up was too complicated for consumers, which is why it had been so low on the take-up.

To revamp the scheme for 2014, £120 million in cashback was invested into the Green Deal, with money issued to householders on "a first come, first served" basis. Applications for the scheme began in June, but the scheme was forced to close in July after the money for the year quickly ran out.

Davey said of the scheme’s boost: “We’re managing to show that you can go green and you can have low energy bills. The announcement that I’m making of £100m to help people cut energy emissions and have warmer homes, and indeed cut carbon emissions, I think will be really welcome.

“People want to have permanently lower energy bills and the fact is that through our Green Deal and the Green Deal investment fund, that will help people make their homes warmer and greener and cheaper.”

Mr Davey’s announcement of extra funding is encouraging, although applications are not yet officially open. Further word on how the funding will be used will not be revealed until November.