How to tackle the climate emergency from home

It’s a subject that’s often played down by many of the world’s biggest economies, but two-thirds of people across the planet now consider climate change to be a ‘global emergency’.

Those are the findings of The People’s Climate Vote – the biggest ever opinion poll on climate change. 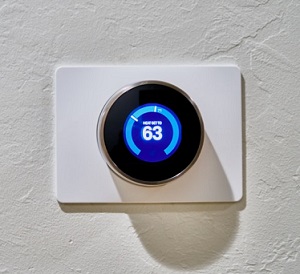 Conducted by the United Nations Development Programme (UNDP) and Oxford University, the study was carried out between October and December last year and gathered the thoughts of 1.2 million people across 50 countries.

And the findings flew in the face of anyone who suggests there’s no appetite among the public for action on climate change.

What were the key findings of The People’s Climate Vote?

In total, two-thirds (64%) of all participants saw climate change as a global emergency that needed an immediate response from all countries.

More than half (54%) of respondents agreed that forest and land conservation should be the main priority for tackling climate change, closely followed by the more widespread use of solar, wind and renewable energy (53%).

Switching to a plant-based diet was the least popular solution, with less than a third (30%) of the votes, but it did have stronger support in Germany (44%) and the UK (43%).

Pakistan was the country with that showed the least backing for action, with 5% of people not favouring any policy at all, closely followed by the United States, with 4%. But before we start rolling out the gas-guzzling American stereotypes, it’s worth noting that about two-thirds (65%) of those in the US taking part now view climate change as an emergency.

As you’d expect with such a widespread survey, there were some big differences between countries and age groups.

Cassie Flynn added: “The voice of the people is clear – they want action on climate change. If 64% of the world’s people are believing in a climate emergency, then it helps governments to respond to the climate crisis as an emergency.

“The key message is that, as governments are making these high-stakes decisions, the people are with them.”

How to fight climate change from home

In the UK alone, emissions from households’ fossil fuel and electricity use are forecast to rise by 11% by 2035, compared to 2015 levels. This global climate emergency needs to be tackled on both a macro and micro scale, which means we all need to do our bit, no matter how small or inconsequential it might seem.

Here are a few simple steps you can take to save energy and save money.

We could all do with using a little less energy around the home, but the temptation to turn the thermostat up always rises as the temperature falls.Switch energy to save money

For more information on boiler replacement, home insulation, or solar panel installation – a way to both save energy and make money – check out energy efficiency pages.

And to see how small business owners across the UK view their role in tackling climate change, check out The future of environmental sustainability for SMEs over at Bionic.