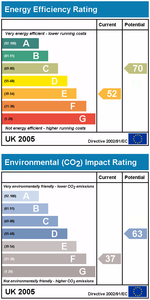 Yesterday the Government announced that they aim to remedy the fact that one in 10 homes in the UK are in fuel poverty. This equates to over 2 million homes where residents are unable to pay their fuel bills without having to make sacrifices elsewhere.

The government’s plan is to take the UK homes which are in disrepair, the leaky and cold homes in which vulnerable people reside, and make improvements.

Scott Byrom, energy expert at UKPower.co.uk, said:  “Anything to help those in true “fuel poverty” is great to see. It’s essential that we support the most vulnerable homes to ensure they can heat their homes affordably and efficiently to avoid anyone having to live in poor conditions due to fear of paying their energy bills”

Energy secretary Ed Davey has said that the government will pay special attention to areas in the UK where levels of true energy poverty are at the highest. For example, around 128,971 homes in the North East are unable to manage their energy bills due to high consumption, equating to 11.6% of all households in the area. The energy company obligation (ECO) will contribute to the funding of repairing these homes.

The energy company obligation is being put in place by providing homes with loft insulation; new boilers fitted which should be largely paid for by the energy companies. With this, new laws are being put into place which require landlords to only let out houses with an energy rating of at least ‘E’ by April 2018. By 2030 there will be a minimum standard rating of ‘C’ for as many of the homes affected by fuel poverty as possible.

Ed Davey released a statement yesterday: “Today marks a crucial step towards a future free from cold homes and bloated energy bills in England. We now have a legally binding commitment to plug our draughtiest houses – adding to the 1 million homes we’ve made warmer and cheaper to heat. From tackling fuel poverty in the private rented sector to facing up properly to the challenges of rural off gas grid fuel poverty, this strategy marks a significant change from the old approach. Yet even as we implement new regulations and new spending priorities to make homes warmer, we are planning for the next phase of cutting fuel poverty, with a series of key pilots, especially into the link between improving health and cutting fuel poverty.”

Ed Davey says he is passionate about this as he finds it “shocking” that people are living in cold and leaky homes in the 21st century. On top of this there are also plans to help people who live in caravans as permanent homes, help in cutting fuel bills.

Scott Byrom says:  “It’s something we all need to consider, whether in fuel poverty or not, in order to ensure we’re reducing waste and being aware of our energy consumption. In doing so, we can reduce our energy usage to benefit the environment and our own finances.”