ScottishPower's energy prices to rise by 8.6% 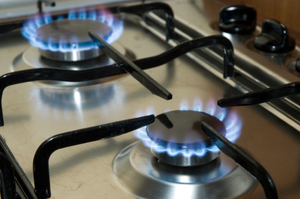 ScottishPower has become the fourth big six energy supplier to announce that it's raising its energy prices.

It's revealed that dual-fuel energy bills will increase by 8.6 per cent from 6 December. Electricity prices will increase by 9 per cent, and gas prices by 8.5 per cent on the same date. Around 2.2 million customers are expected to be affected by the move, which will see the average annual dual-fuel bill increase to around £1,424.

The announcement leaves E.ON and EDF Energy as the only big six energy suppliers yet to announce price increase this autumn.

SSE stated that it would be rising energy prices by 8.2 per cent; British Gas said its customers would see a 9.2 per cent hike, whilst consumers with nPower will face rises of 10.4 per cent.

Chief executive of energy retail and generation for ScottishPower, Neil Clitheroe, commented on the price increase.

He said: "With an increase in costs for delivering compulsory schemes to reduce carbon emissions and improving energy efficiency in homes, we unfortunately have no other option than to pass these on by increasing our prices for customers.

"We understand that these are difficult times for many families, and we have done what we can to hold our prices for as long as possible. Recently we announced a range of measures to help our most vulnerable customers this winter."

Mr Clitheroe also added that ScottishPower would be writing to inform all of its customers about the price increase.

A number of the UK's big six energy suppliers are participating in the Green Deal. The Green Deal is a government initiative which allows customers to apply for funding for energy efficient home improvements - like an energy efficient boiler, loft insulation and so on. But rather than having to pay the money back in one installation, the Green Deal enables consumers to pay it back through their energy bills on a staggered basis.