Smart energy use to save UK energy consumers up to £40bn 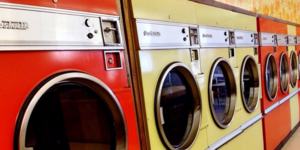 New rules are due to come into effect over the next 12 months to make it easier for people to generate their own solar panel-powered electricity, which can then be stored in batteries and sold back to the National Grid via feed-in tariffs.

Innovative technology will also enable domestic and business energy consumers to reduce costs by having appliances switched on and off at different times of the day to both maximise the use of cheap solar power and ease pressure on the National Grid during peak energy times.

Domestic consumers, for instance, will be able to cut energy costs by having smart washing machines switched on automatically to maximise the use of cheap solar energy on sunny afternoons, or have freezers switched off momentarily to ease demand at peak times.

And businesses that allow air conditioning to be adjusted automatically will also benefit financially by helping ease pressure on the National Grid.

It’s believed that between 30% and 50% of fluctuations on the grid could be smoothed by households and businesses adjusting their demand at peak times.

The new energy rules will see a significant shake up of feed-in tariffs. The scheme to allow households to generate their own electricity and sell any surplus back to the National Grid have been scaled back in recent years, meaning take up of household renewable energy generation has suffered.

The government will now make changes that it hopes will encourage more people to power their own homes and also help with national supply, so if you already have residential solar panels and battery storage, you’ll be among the first to benefit from the shake-up.

The government plans also include the creation of a ‘battery institute’ to fund research into and development of battery technology that will enable more households and businesses to store energy and create a surplus.

This would be revolutionary for the energy industry as it would mean surplus energy could be stored and used as necessary, replacing the current system where peak usage is predicted and power stations are primed to meet this demand.

The small-scale energy savings of millions of people and companies then will be pulled together into packages by energy traders, who will be able to offer massive chunks of energy saving to the National Grid with the click of a computer.

It’s hoped the shake-up will bring the UK up to speed with China, Japan and South Korea, who are the current world leaders in battery technology.

Nicola Shaw, executive director of National Grid, said: "We are at a moment of real change in the energy industry. From an historic perspective, we created energy in big generating organisations that sent power to houses and their businesses. Now we are producing energy in those places - mostly with solar power."

The new rules will bring the rules on energy trading up to date and up to speed with the digital age, encouraging flexible energy usage and a greater take up of renewable energy.