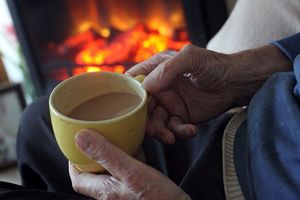 It has been announced that an extension to the government’s Warm Homes Discount Scheme will see pensioners in Wales receive further discounts on their home energy bills this winter. This means an additional 112,000 pensioners can now qualify for the discount.

Under the revised scheme, pensioners receiving a Pension Credit Guarantee Credit can now expect to receive an increased discount of £140, which will be deducted directly from their energy bills between October and March.

The aim of the scheme is to provide low income and vulnerable households with the peace of mind of knowing that they can afford to heat their homes during the coldest months.

UK Pensions Minister Steve Webb said: “No-one should have to go without heating because they can't afford the bills. That's why we have significantly extended the Warm Home Discount Scheme - and increased its value.”

This is the latest development in the government’s efforts to alleviate the country’s fuel poverty crisis. But, the scheme has received criticism from  Age UK's charity director Caronline Abrahmas, after it was announced that newly qualified pensioners would need to contact their energy supplier to be rolled onto the scheme.

Abrahams said “Clearly much more must be done to encourage these older people who need extra help the most to claim everything they are entitled to, so they don't have to struggle through the winter.”

It has been estimated that out of 1.7 million pensioners who qualify for the discount, only 1.4 million will apply. Caroline went onto claim that the government’s new solution is only a short term fix for the country's growing fuel poverty crisis, adding: “Ultimately the only viable long term solution for fuel poverty is to make people's homes truly energy efficient, and as quickly as possible.”

The scheme originally began in 2011 and is expected to cost UK energy firms around £315 million this winter.