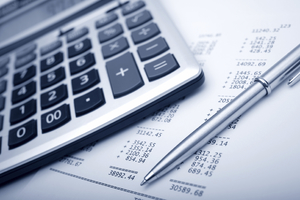 A poll of British consumers has found that energy bills are once again the hardest to understand, despite recent attempts by the energy industry watchdog, Ofgem, to improve the clarity of bills for the public.

The poll mirrors results found by Ofgem in April, which resulted in action being taken to add clarity to domestic energy bills.

Among the changes, Ofgem announced that suppliers must inform their customers if there is a cheaper tariff available to them. But, over half of consumers do not recall seeing any information about cheaper tariffs indicated on recent bills.

For the third year running, energy bill have ranked more difficult than mortgage, mobile phone and credit card bills to understand, with just three in 10 consumers finding their bills clearer since Ofgem’s changes came into effect.

An Ofgem spokesperson commented on the findings, stating: “Ofgem's reforms to deliver a clearer energy market only fully came into force in April this year so it is too early to assess properly their impact. We have set up a robust evaluation programme to assess the reforms' effectiveness over the next three years, with the first set of in-depth research findings due by next summer.”

The energy watchdog insists that they remain “determined to help consumers” get a better deal for their energy. But, ukpower.co.uk energy expert Scott Byrom feels a more definitive response is required.

He said: “Despite Ofgem's efforts to break down barriers and help customers understand their bills more easily; it's clear that complexity is still an issue resulting in apathy within the energy market. The only ones to benefit from this are the suppliers and their continued actions, whether planned or not, are creating a heavy haze of confusion leaving vulnerable customers in the dark about their energy costs."