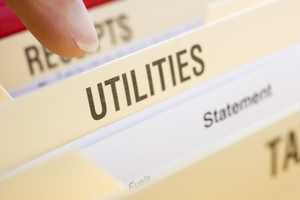 New data set to be released this week is expected to show that energy consumers being sent incorrect are routinely turned away by their energy providers, forcing people to instead seek help from the energy ombudsman service; a service designed to solve disputes between firms and their customers.

A record number of 37,061 people between January and September this year contacted the energy ombudsman about inaccurate billing – three times the number who resorted to using the service in the same period in 2013.

Of the complaints brought to the ombudsman this year, only three percent were found to be unnecessary, while the other 97 percent either resulted in direct compensation to the customer or an apology from their energy provider.

Billing errors were the most common complaint from customers to the ombudsman, with bills often coming to customers late or displaying inaccurate usage. For some unfortunate customers, their bills were thousands of pounds too high, resulting in a lengthy battle to retrieve money taken out of their bank accounts by Direct Debit.

Two of the Big Six energy suppliers, nPower and Scottish Power, have admitted that issues with their billing systems have been creating customer service problems.

Lewis Shand Smith, the energy ombudsman, said that these figures show an increased desire among energy consumers to fight back against their providers’ shortcomings.

He said: "The aftermath of the recession, coupled with intense political and public scrutiny of the largest energy suppliers, has left customers less willing to put up with poor service and more likely to take action."

However, it is thought that the disclosure of this data could further increase householders’ wariness of using the Big Six energy companies for their energy supply, considering the firms’ frequent price rises and profit increases over the last five years.

The Big Six energy companies collected £48 in profit from each household in 2013, up from £8 in 2009. This number is expected to have expanded even further this year, with profits per customer rising to more than £100.