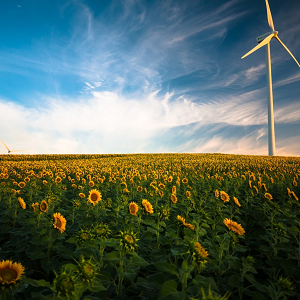 What are local energy companies?

While the government's answer to what it called 'rip off energy prices' was to impose a price cap to limit the amount suppliers could charge customers on standadr variable rate tariffs, some local authorities have decided to tackle the problem of high energy prices head on – Liverpool Energy Community Company, north London’s Angelic Energy, and Derbyshire's Ram Energy, are just a few such are suppliers launched by councils to combat what they see as unfair pricing by utility companies.

We asked our Twitter community if they would leave a larger supplier for a community renewable scheme, or locally-owned provider, and over three-quarters agreed they would.

Would you leave a larger #energy supplier for a community #RenewableEnergy scheme, or locally-owned supplier, such as @TheLeccy or @AngelicEnergy1?
Please vote and RT ✅

But how can locally-owned energy companies succeed in offering ‘fairer’ pricing, where more established players in the energy market have failed? And should local authortites be doing the same to encourage people to switch to green energy?

How local authority energy companies are shaking up the energy market

Back in 2015 Nottingham County Council launched Robin Hood Energy, a local-authority backed energy company that has gone on to become one of the cheapest suppliers in the East Midlands.

Not only does Robin Hood offer cheaper pricing, it’s also taken the established energy suppliers' tactic of relying on customer inertia to make money, and turned it completely on its head – instead of hoping customers will simply let their deals roll over onto more expensive standard variable rate (SVR) tariffs, Robin Hood Energy contacts customers to help them move to the cheapest tariffs based on their energy use.

This proactive approach has worked in two ways – not only are customers alerted to the best deals to avoid paying expensive SVR rates, other energy companies are cutting their prices to compete, and the East Midlands now has the most competitive prices in England, with average tariff prices dropping by £87.

Gateshead Council has taken community ownership a step further by developing its own power-generation, heat and electricity networks to help reduce its carbon footprint and generate revenue by selling power to local businesses.

This energy generation model has been successfully implemented by Thameswey Group, which has used public and private funding to set up solar and gas “combined heat and power” engines that generate electricity and capture the heat created in the process.

Founded in 1999 by Woking borough council in Surrey, Thameswey Group has also installed pipes to transport hot water direct to council buildings and commercial customers, as well as a “private wire” network to take electricity from its CHP engines directly to customers. In bypassing the National Grid and local distribution networks in this way, this cuts out the network costs that usually account for about a quarter of ordinary energy bills.

Community renewable energy schemes have struggled since the government cut wind and solar subsidies and took away investment incentives, but local energy companies could offer long-term contracts and investment, and even invest in growing technologies such as smart grids and electricity storage.

They even become energy services companies – since the government’s green deal ended there has been no incentive that enables households to install energy efficiency measures and pay for them out of the long-term savings in their energy bills, but local energy companies could fill this void.

How London is going green

London is beset with problems when it comes to household energy, including the following highs and lows:

To tackle these problems, Sadiq Khan, the mayor of London, has unveiled plans of a partnership with Octopus Energy to launch a new energy company that will exculsively supply households in the capital with 100% renewable electricity.

Mr Khan said: “It is a sad fact that millions of Londoners struggle to pay fuel bills and are subject to inflated rates from major energy companies. My Energy for Londoners programme has concentrated on tackling fuel poverty, expanding solar energy and retrofitting homes.

“Now I want London Power to give Londoners a better, fairer deal on fuel prices, as well as the knowledge they won’t be switched over to a rip-off tariff when their contract ends.”

Rumoured to be named ‘London Power’, the partnership will be officially launched in December, with all profits made by City Hall going to community projects to help tackle fuel poverty and make London a zero carbon city.

Are you with a local authority-owned energy company? Has switching saved you money? Share your experiences with our energy-savign community on Twitterand Facebook.