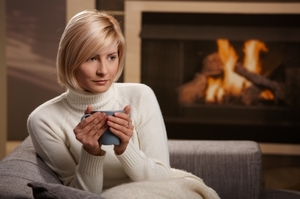 Speaking out against the first-come, first-served nature of the Warm Home Discount Scheme - which allows energy suppliers to limit the amount of families they provide with a discount - the Government has said that it wants to see firms offer the discounts to all who qualify, according to an article published by BBC News.

Energy minister, Greg Barker, spoke on BBC Breakfast. He stated that he wanted to see suppliers "rising to the challenge" to include more eligible customers in the discounts.

Providing customers with Â£120 off their energy bills during the winter, the Warm Home Discount is set to replace similar schemes that previously provided reduced energy tariffs to low earners.

However, a limited amount of finance for the scheme means that many of the 1.5 million that are eligible for assistance might not receive the extra support.

Whilst British Gas have made a commitment, stating that all eligible customers that apply before the end of January will receive a discount, many other firms have stated that they can't make any promises.

As a result, Barker has made a call for suppliers - including the other members of the "Big Six" - to follow the lead set by British Gas.

He said: "Responsible energy companies like British Gas have said very clearly that all of their customers will be guaranteed a payment if they qualify.

"And I want to see other energy companies rising to the challenge in the same way," he finished.