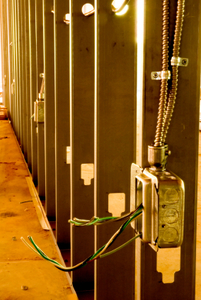 npower has been urged to "stop tax dodging" in an online petition signed by around 87,000 people.

The energy firm had previously admitted it has paid no corporation tax in three years - revelations made public on Tuesday at a select committee hearing on energy and climate change.

The petition, launched by campaigning community 38 Degrees, was signed by approximately 80,000 people within 24 hours of being posted online.

In a direct address to npower CEO Paul Massara, the petition accuses the firm of using "accounting tricks" to dodge paying tax - and highlights customer anger after energy price rises, warning: "if you don't change your ways, your current customers will start to leave you."

38 Degrees says it believes the company has been avoiding tax by paying "interest payments" to its parent company RWE. These interest payments amount to an alleged Â£180m.

The campaign is being supported by accountant Richard Murphy, who also made reference to Starbucks.

npower has issued a statement in its defense. It says "This is not an 'accounting scam'. Like almost every company in the UK, our business is financed by a mixture of equity and loan capital - this is standard business practice."

npower is one of the UK's 'big six' energy suppliers, and is taking part in the government's Green Deal scheme - meaning it provides free energy-saving improvements like gas boiler installations to eligible people in the UK.