Five million vulnerable households are to be hit with a 5.5% price hike on their annual energy bills, despite being protected by the energy price cap.

An increase in wholesale energy costs means that customers who may have thought they were protected from price hikes by the government’s energy price cap, will now have to pay an extra £57 a year.

The changes will take effect from April 1, this year. 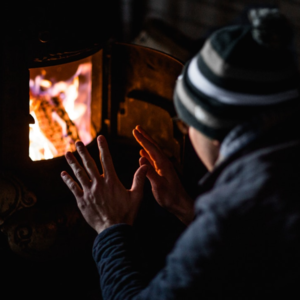 Why are energy prices on the rise?

There are all manner of things that can affect the price of energy, from problems with supply and transportation to an increase in demand, but one of the most common reasons is a change in wholesale costs, that is the price domestic energy suppliers pay for gas and electricity.

To put into context how much of an impact wholesale prices have on energy bills, these costs account for about half of the average dual fuel bill, costing each household over £600 per year.

Over the last couple of years, there have been many reasons why wholesale energy costs have increased.

The reasons for a rise in wholesale electricity prices have included:

And wholesale gas prices have gone up because:

But, given that a price cap was introduced a year ago for around 4 million households on pre-payment meters, and was extended to cover an additional one million customers just a week ago, how can Ofgem justify this price hike?

Ofgem has said the price hike is justifiable to cover an increase in underlying costs, and maintains that households are still better off as a result of the price cap.

The energy regulator said: “From April 1, the level of the safeguard tariff will rise by approximately £57 a year from £1,031 to £1,089 for a dual fuel customer who uses a typical amount of energy. The increase in the safeguard tariff is mainly due to higher wholesale energy costs and policy costs to support low carbon forms of electricity generation.

So, how will customers be better off?

Ofgem estimates that vulnerable households are typically paying more than £1,123 a year on energy, as they are more likely to be paying by standard credit, which is more expensive. This means that, with the price cap in place, these customers were in line for savings of around £115 a year, but this will drop to about £66 in April.

This means customers will still be better off as a result of the price cap, but not by as much as expected.

There’s always been a concern that the price cap is flawed – back in October, we suggested the government was missing the mark with the price cap, and it would be better off investing in energy efficiency, while concerns have also been raised that the cap has been set too low and doesn’t factor in the cost of the smart meter roll out.

Although supporters of the cap are certain it will result in fairer energy prices for all consumers, critics believe it will cut competition by driving smaller suppliers from the market, and similar caps in other countries have seen prices bunch around the level of the cap, meaning there is actually less value on offer to consumers.

The Ofgem figures all suggest that customers will still be better off despite the price hikes, but if one increase can cut annual savings in half, what’s to say another won’t kill the cap completely?

Is the price cap doomed to failure, and should the government be thinking of alternative ways to help more vulnerable customers? Or do the figures confirm the price cap is working? Let us know your thoughts on Twitter or Facebook.