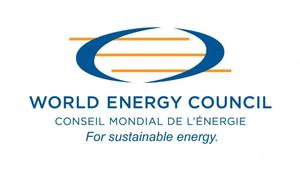 In response to the country’s continuing downward trend in energy affordability and sustainability over the last three years, experts at the World Energy Council have placed the UK on a negative watch list over concerns about energy supplies.

In the world ranking, the UK comes fourth behind Switzerland, Sweden and Norway for energy security – but has been placed on “negative watch” for sustainability and affordability along with Japan, Germany and Italy.

The latest World Energy Trilemma report has found that the UK’s energy systems are under “increasing strain” due to the government limiting their spending in this area. On a broader scale, this puts in jeopardy the World Energy Council’s plans to invest £30 trillion into the energy sector over the next 20 years.

This target is achievable providing that relevant policies are put in place using private sector funds, but the UK government will need to take measures to offer investors certainty to encourage their participation if they want to offer affordable energy to consumers, and successfully tackle climate change.

Joan MacNaughton, the executive chairwoman behind the World Energy Trilemma report, says: “One of the things that’s important is the trend. Over the last three years there has been a downward trend in the performance of the UK.

“In particular, its energy security is down. It’s still just in the top 10, but it’s come down quite a lot since 2012. Affordability has worsened significantly.

However, MacNaughton did praise the UK’s ongoing commitment to climate change and general energy performance, defending on the basis that even countries with stronger energy structures were having a hard time meetings standards.

“Clearly there are issues that the UK would want to look at, but it is one of only three countries that get a AAA rating so it’s still doing very well.

“Even countries with strong incumbent energy infrastructure are having a hard time balancing their energy trilemma, while many others are still struggling to meet their population’s basic energy needs.

“The persistent gap and future barriers to energy funding will only exacerbate an already fragile global energy system. Clearly countries must act now to reverse this oncoming storm. There is no time for complacency.”