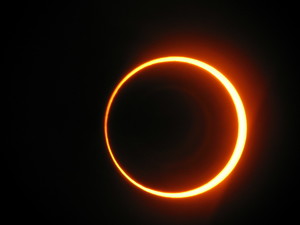 This march we will bear witness to the biggest solar eclipse since 1999. The blackout will occur on the 20th of March, starting in the UK at 8:45am and lasting all the way though to 10:41am.

For those of us that see a cloud free sky, we can expect up to 90% of the sunlight to be blocked out. Those in Scotland may see as much as 94% of the sun being eclipsed.

There is some worry in the energy industry regarding the eclipse, as officials warn that it could disrupt Europe’s power supplies, as solar energy is now so widely used. A spokesman for the European Network Transmission System Operators for Electricity said;

“The risk of incident cannot be completely ruled out. Solar eclipses have happened before, but with the increase of installed photovoltaic energy generation, the risk of an incident could be serious without appropriate countermeasures.”

The organisation has been planning these countermeasures for months now to help protect energy systems from the eclipse. Although there have been eclipses before, we rely more and more on solar energy so system operators will be paying more attention to this one. In 1999 the power derived from solar power was about 0.1% compared to the 10.5% that is used currently.

This type of eclipse with this level of solar energy will, ultimately, be a stress test for the operators involved, although the next solar eclipse won't take place until 12 August 2026.