Renewable energy from community-run energy schemes is powering the equivalent of 130,000 homes across the UK, according to the findings of Community Energy England’s State of the Sector report.

These innovative community renewable energy schemes signal a bright future for green energy in the UK – but could subsidy cuts and policy changes curb the success of future projects? 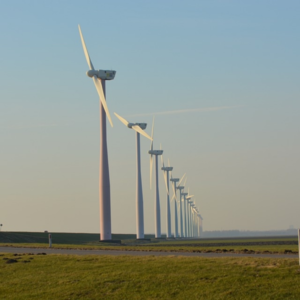 What are community renewable energy schemes?

Schemes in Scotland add a further 76MW of community power to the equation, meaning the UK has enough community energy installed to power an area the size of Cardiff or Coventry, solely by using a combination of solar, hydro and wind generation.

Schemes are also being run to improve energy efficiency, with heating, energy storage and low-carbon transport projects helping to reduce carbon emissions by 110,000 tonnes – roughly the amount produced by 200,000 households – while also cutting fuel poverty and providing funding for other local projects.

Community Energy England chief executive Emma Bridge said: “The achievement of community energy organisations across the UK is incredible and shows how they are delivering real benefits for local communities, the wider environment and the UK energy sector too.”

She added: “These projects have proved that they are both innovatory and resilient in a very tough climate but the unprecedented cuts in subsidy and tax incentives present them with their biggest challenge yet.”

But could these cuts be enough to leave future community projects dead in the water?

The rise (and fall?) of community renewable energy schemes

There are currently 222 community organisations in England, Wales and Northern Ireland operating solar, hydro or wind schemes, and between them they have raised £190 million of investment, the majority of which has come from community share issues, supplemented by £1.9 million of initial development funding from the government.

But after a significant roll out of schemes last year, it appears fewer projects are expected to take off in the immediate future, which suggests the initial take up represented something of a gold rush, as groups looked to get projects up and running before changes to feed in tariffs and other subsidies kicked in. The full list of changes can be found at GOV.UK.

Subsidy cuts have squeezed the margins on community energy schemes, making some, notably rooftop solar schemes, a lot less appealing, but all is not lost as communities find alternatives funding sources - Mongoose Energy, for instance, is a crowdfunding initiative designed specifically to extend more finance to community projects.

Graham Ayling, head of Energy Saving Trust Foundation, said: “There’s no denying that the past year has been incredibly tough for community energy groups who’ve put their heart and soul into projects, only to have to go back to square one as government policy changed.

“However, this is an incredibly resilient sector, full of people determined to drive forward action on climate change and bring about a fairer, more democratic energy sector. It isn’t about to roll-over and give up.”

So, although subsidy cuts and policy changes are undoubtedly having a direct impact on community energy schemes, it’s an evolving sector that is already overcoming some big obstacles – the future still looks bright for the UK’s green energy market.