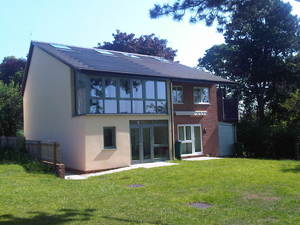 In 2007, Gordon Brown announced the Governments plans to move zero carbon housing by 2016 with an added incentive of waived stamp duty for all zero carbon homes under £500,000. The zero carbon homes incentive ranged from thicker home insulation to water conservation and increasing renewable energy in the home by adding photovoltaic solar panels and solar-powered hot water.

However on Friday in the emergency budget announcement the regulations were axed, the released statement read: “The Government does not intend to proceed with zero-carbon Allowable Solutions carbon-offsetting scheme, or the proposed 2016 increase in onsite energy efficiency standards.”

This move has unsettled industry leaders and has not been welcomed: Julie Hirigoyen, chief executive of the UK Green Building Council (UK-GBC), said: “Let us be in no doubt this announcement is the death knell for zero carbon homes. It is short-sighted, unnecessary, retrograde and damaging to the house building industry which has invested heavily in delivering energy efficient homes. Britain needs more housing, but there is no justification for building homes with a permanent legacy of high energy bills.”

If houses are not properly insulated or have sufficient renewable energy structures in place, then we could see our bills remaining high as our houses currently are “energy wasting” says Daisy Sands. The campaigner for Greenpeace went on to say that as well as higher energy bills we will have “increased dependence on gas imports from countries like Russia, and more climate warming emission.”

Philip Sellwood, chief executive of the Energy Saving Trust, said: “A highly energy-efficient housing stock needs be central to the government’s vision of the UK’s infrastructure, looking to 2050 and beyond. We are very disappointed with this decision. This decision is not in the interest of UK productivity. Under the Climate Change Act, we have to achieve at least an 80% reduction in the carbon emissions from our homes by 2050. We need to be building homes now that are 2050-ready. It’s hardly the productive choice to be building less efficient homes now and then refurbishing them with insulation and renewable energy systems in 10 or 15 years’ time.”

Ed Davey, former secretary of state for energy and climate change has stated in a tweet that: “Conservatives ditch Zero Carbon standards for new homes after killing onshore wind: Cameron may as well hug a coal power station”