Who are the UK’s best and worst energy companies?

Believe it or not, there’s more to energy switching than simply finding the best energy deals to cut the cost of your gas and electricity bills.

Although getting the best-priced tariff is usually the main motivation when households switch energy supplier, the latest Which? research on the best and worst energy suppliers once again highlights the importance of choosing a provider that not only offers value for money, but also good customer service, along with clear and accurate billing. 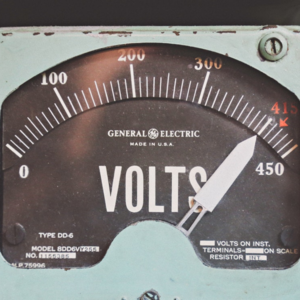 To find out what consumers regard are the best energy company in the UK, this year's annual Which? study took in the opinions of around 8,000 UK gas and electricity customers.

💡 READY TO SWITCH? Enter your postcode in the box above ☝

It asked consumers to rate their energy suppliers’ based on the following:

If you’re a loyal customer of the Big Six energy companies, then you might want to look away now - all of the traditional big energy firms placed towards the bottom of the table, with Npower and Scottish Power emerging as the worst.

If that comes as a surpirse, it's worth knowing that the big firms have been scoring poorly for a number of years now, so it might be worth switching to a smaller supplier when your current deal is coming to an end.

Who are the UK’s best and worst energy suppliers?

Price is often the most important consideration when choosing an energy supplier to switch to. The good news is that the top performing energy companies rate highly for value for money. And, as consumers get savvier about savings and energy efficiency, so the top-rated providers also score highly for accuracy and clarity of bills.

Who are the best energy suppliers in Britain?

Outfox the Market has been voted as Britain's best energy supplier, with ficve-star ratings for bill accuracy and value for money, and an impressive customer score of 83%.

This means that Octopus Energy has been knocked off the top spot for the first time since 2019. It looks like Outfox the Market's lower rates helped it to edge ahead of Octopus, which scored exactly the same in all categories apart from value for money, where it scored four stars out of five.

This left Octopus with an overall customer score of 80%, which was well ahead of Avro Energy in third place. Avro is another supplier - like Outfox the Market - that uses low rates as selling point, but it seems to back this up with good customer service, complaints handling, and clear billing.

Bristol Energy - another local authority-owned supplier - only dropped one place despite suffering similar financial difficulties, but subsequently needed bailing out by another provider when Together Energy acquired its customers.

It's not all bad news for socially-aware energy suppliers though, as People's Energy made fourth spot, swapping with Pure Planet in fifth.

Bulb has dropped down to tenth this year, following a jump from eighth spot to third last year.

It's interesting to note that all of the top five entries are providers that are either ethically or environmentally-friendly or both, suggesting that people are now looking beyond simply cutting their energy bills.

It's also interesting that overall scores have dropped. Last year, an overall score of 73% was needed to be in with a shout of the top 10, this year it's dropped to 69%.

Here’s how the top 10 energy suppliers measured up:

*These suppliers are no longer trading. For more info, check out What happens when your energy supplier goes bust

Who are the UK’s worst energy suppliers?

The Which? survey has been bad news for the Big Six suppliers for a number of years now, but this year is the worst yet.

Despite dominated the market for decades and having the resoucres and experience to supply more than half of all energy customers in Britain, five of the country's biggest suppliers make up the bottom five positions.

Although technically a Big Five, since Ovo took over SSE, only British Gas avoids making up a clean sweep at the bottom, as E was ranked 20th. The Centrica-owned energy giant has little to celebrate though as it was placed in joint 18th, with Boost.

2021 is the third consecutive year that all of the big six have been down at the bottom of the table - it seems the UK's biggest energy suppliers aren't learning lessons and taking notes from the high-ranking indpendents.

Here’s how the ten worst energy suppliers shaped up:

*This supplier is no longer trading. For more info, check out What happens when your energy supplier goes bust

After finishing bottom last year, Together Energy dropped out of the rankings completely this year. Together Energy has struggled since it was appointed as supplier of last resort (SoLR) when One Select went bust. This saw its customer base increase by 60% overnight - jumping from 60,000 ot 90,000 - when it successfully bid to take one One Select's customers, despite having just 100 staff in its Dunbartonshire HQ and a further 40 outsourced in South Africa.

It's struggled to successfully handle the extra demand, which rasies questions about Ofgem's safety net - if a company with such a poor record can be appointed as SoLR when a supplier goes bust.

One positive for Together Energy is that it answers calls quicker than any other supplier - taking an average of juts 51 seconds to pick up. For comparison, Boost takes an average of 40 minutes and 58 seconds to answer customer calls.

The quickest and simplest way to make sure you’re on the best energy deal is to check out the rates available on gas and electric price comparison sites. To compare deals with UKPower, just enter your postcode in the box at the top of the page and, within seconds, we’ll show you the best-priced plans from a whole range of suppliers.

And, because we know there’s more to switching than simply getting the best-priced tariff, when you find a tariff that suits, click on the supplier logo for more information.

To check out the full results, visit the 2020 Which? energy survey results page.

To check out the full results from 2020, visit the 2020 Which? energy survey results page.