UK energy bills predicted to keep rising in the future

A recent report from the Committee for Climate Change (CCC) tells that the future does not look bright for the British public, where energy is concerned. The organisation suggested that energy bills will continue to rise for UK households in the future, despite a reduction in consumption, and the efficiency measures that have been put in place to try and keep bills affordable. 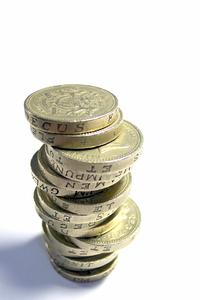 Government low-carbon policies and schemes such as the Green Deal, which help households install energy efficiency measures into their homes at no upfront cost, and the Warm Home Discount, which helps vulnerable people pay bills in the winter months, have been put in place to try and combat Britain’s ever-growing energy issues.

But, how much does the average household’s energy bill really benefit from any of these measures, with the cost distributed and passed down into consumers? For example, there may be no upfront cost for a household to have cavity wall insulation through the Green Deal, but consumers will still pay for the costs through an estimated extra £60 on their energy bills.

The report from the CCC shows that, despite a reduction in consumption, consumers’ bills continue to steadily creep skywards. It is estimated that costs could rise by up to £75 in the coming years, due, in part, to low-carbon policies.

This report comes shortly after many consumers were outraged with suppliers, as they failed to pass on discounts in the wholesale price of energy on to consumers, choosing to keep the extra profit for themselves. At present, it doesn’t seem like consumers have much going for them in the way of keeping their energy costs down, and many are surely nearing breaking point.

However, it’s not all bad news, as the CCC’s report also suggests that consumers can still take steps to reduce their energy bills by reducing their overall consumption. The report also predicts that, although low-carbon policies and energy efficiency measures may be of a great cost to consumers in the present, the UK only stands to benefit from these changes in the future.

All figures from the Committe for Climate Change.