Will Hurricane Harvey have an impact on UK energy prices?

Energy prices are unpredictable at the best of times – even the most accurate energy price forecasts can’t perfectly predict the trends, changes and movements within the global energy market – but when a natural disaster strikes in an oil-rich part of the world, energy prices are only ever going to increase. 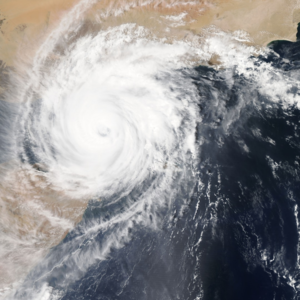 What affects the price of energy?

The primary factors affecting energy prices are: supply and demand, availability, wholesale costs, transport costs, and infrastructure maintenance – a fluctuation in any one can push up prices.

Then secondary factors can come into play, such as wars or natural disasters, which create instability in oil-rich areas, which can lead to a reduction in production and accessibility and, again, push up prices.

So, when a natural disaster the magnitude of Hurricane Harvey hits an area that accounts for more than half of US fuel-making capacity, with one-third of its refineries situated along a 350-mile stretch at the centre of the storm, forecasters will inevitably predict a rise in prices.

If you’re in any doubt as to the severity of the storm currently battering the most southerly regions of the United States, up to 50-inches of rain has fallen since Friday – that’s over a year’s worth of rainfall in a matter of days.

The disaster has massively disrupted oil production - ten oil refineries have been shut down as a precaution against potential contamination from flooding, and it's estimated the storm has knocked out a quarter of oil production from the Gulf of Mexico. The heavy floods are also affecting transportation - not only are roads completely impassable, but the closing of Gulf Coast ports means foreign-sourced crude can’t get to refineries, nor can any refined product be shipped. A perfect storm for price increases.

And, as the world’s largest refined product exporter, any disruptions in the US will be felt around the world.

Michael Tran, director of global energy strategy at RBC Capital Markets, said: “Any hiccup in U.S. refined product exports is highly disruptive to the supply chain given the dependency of nations like Mexico and other Latin American countries on the US.”

If there are a large number of shutdowns, whatever capacity is left up and running in the US will get taken up by US-demand, meaning any other countries that import fuel from the US will have to go elsewhere, which will create a domino effect, potentially right across the globe. Traders have reported that more cargoes are being redireceted from Europe and elsewhere, to compensate for the loss of fuel exports from the Gulf Coast, and European countries may need to turn to Asia for lost diesel supplies, for which they'll pay an added premium.

Olivier Jakob, managing director of Petromatrix, a daily research newsletter on the oil markets, said: "If (US) refineries shut down for more than a week, Asia will need to run at a higher level, because there's no spare capacity in Europe."

And that domino effect will push up refining margins, and prices, worldwide, meaning UK consumers could soon see price hikes in petrol, gas and electricity.

It's a case of 'watch this space', but as the saying goes: “When America sneezes, the world catches cold.”