Will the situation in Iran affect energy prices?

There seems to have been perpetual conflict in the Middle East for years now, and while there are obviously more important issues to worry about, the recent unrest following the US airstrikes on Iran could see affect domestic and business energy prices across the UK. Here’s how and why. 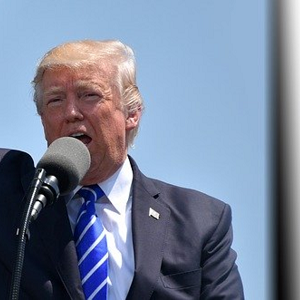 What’s the problem with Iran?

For context, here’s a really quick overview of how tensions between the US and Iran have escalated over the past week.

Tensions have been high between the US and Iran for some time now - not least since the US withdrew from the Iran nuclear deal in 2018 - but things appear to have reached breaking point following a US airstrike which last week killed General Qasem Soleimani, said to have been the second most powerful person in Iran, only behind Supreme Leader Ayatollah Ali Khamenei.

Although the cost of fuel seems trivial in the scheme of things, motoring groups are already warning that petrol prices could rise by up to 2p per litre, but will gas and electricity prices be affected?

Will tensions in the Middle East affect energy prices?

Although not guaranteed, it’s likely that any tensions in Iran could push up the price of energy in the UK. Here’s why.

Oil is used to generate electricity in the UK in one of the following three ways:

Commodity markets, such as gas and oil, do have a big impact on the cost of electricity, although oil only makes up a small percentage of gas prices. This means that instability in an oil-rich region can affect the cost of oil and, in turn, the cost of generating electricity.

The bad news is that Since 1998 the UK has gone from being a net exporter to a net importer - in fact, all EU countries now import more energy than they export.

And while the UK used to import most of its oil from Norway, the proportion of imported crude oil coming from Norway has fallen in recent years. This means more is imports now come from the Organisation of Petroleum Exporting Countries (OPEC) which is made up of:

As you can see, Iran is on the list of exporters, which means disruption here could affect UK energy prices. And instability in one area can put increased demand on other regions, which can then push prices up across the board.

How to protect against energy price rises

The only way to protect against energy price rises is to switch energy supplier and lock down prices with a fixed-rate deal.

When you sign up to a fixed rate energy tariff, the unit cost is frozen for the duration of your deal.

If, for instance, you sign up for a 12 month fixed rate deal, then the price you pay for each unit of electricity (measured in kWh) will be fixed for a year, regardless of whether overall energy prices go up or down. Your bills will still fluctuate, depending upon how much energy you use but you won’t be affected by energy price rises or any changes to the energy price cap.

What is a fixed rate energy tariff?

Fixed rate tariffs are and increasingly popular option as they fix the rate you pay for the duration of the deal – meaning they’re a great way to protect against energy price hikes.

To see how much you could save by switching to a fixed rate energy deal, enter your postcode at the top of the page and start an energy price comparison.