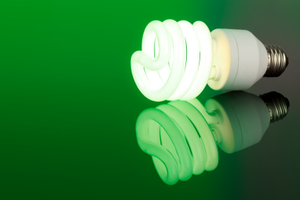 Energy network operator National Grid confirmed that on Tuesday 21st October, the wind farms in the UK generated more power than all of the nuclear power stations across the country combined.

The announcement came shortly after UK wind energy reached another milestone this month, when on Saturday 18th October wind energy generated 6,372 MW of power – a record amount, according to National Grid, which provided nearly 20% of the UK’s electricity over the weekend.

The main cause of the sudden increase in wind-based energy production is believed to be the particularly high winds currently sweeping the UK, as well as several faults at some nuclear plants.

Following the reported change in power source, a government spokesperson assured that a “diverse energy mix” was essential to the UK’s energy security:

“We need a diverse energy mix that includes renewable sources like wind and solar alongside nuclear and technologies, like carbon capture and storage, so we can continue to use fossil fuels in a cleaner way.”

However, wind energy has often proven to be quite a controversial subject area among politicians based in rural areas, due to the apparent ‘eyesore’ they offer to the landscape of the UK countryside and coasts.

Former environment secretary Owen Paterson is one such politician, condemning the industry for taking up more subsidies than he feels is necessary for producing a “paltry” amount of power, and instead calling for mini nuclear plants to be dotted around the country.

National Grid’s figures from this month, however, seem to demonstrate that wind energy is perhaps not “paltry” as Mr. Paterson suggests.

"All the while, it's been quietly powering millions of homes across the UK and providing a robust response to its vocal detractors."

The UK government has previously said that it intends to focus more of its subsidies on nuclear power in the long-term, but it remains to see whether the latest figures on wind power could change this plan.