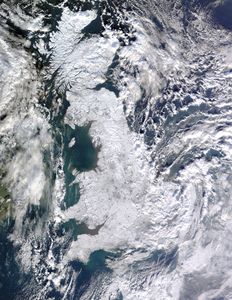 A recent study has revealed that financially-pressed consumers are making a difficult choice this winter to save money instead of heating their homes.

It was hoped that the falling price of gas would lead to a drop in the cost of domestic energy bills, but it remains unclear if these savings will be passed on to consumers. In fact, it has been estimated that the average UK household is set to spend £1265 a year on energy, a rise of nearly £300 pounds over the last three years, despite new tariffs being introduced which hit the sub £1000 a year cost mark.

Shadow Energy Secretary Caroline Flint commented on the crisis, claiming that the current government needs to step up and tackle the rising cost of energy bills head on.

She said: “Consumers worried about how they are going to afford their energy bills this winter aren't satisfied with this Government.

“Families living in cold and draughty properties - they are not satisfied with the Government.”

UKPower.co.uk’s resident energy expert Scott Byrom had this to say on the findings.

“It is not right that consumers must suffer because of the rising cost of energy. It’s possible to stay warm and save money this winter by ensuring your home is properly insulated and making sure you’re on the cheapest energy deal available to you.”

For help finding what energy deals you are eligible for visit our Home Energy Comparison Page.