How green is your green energy deal?

If you’ve recently switched energy supplier to take advantage of a green energy deal, or you’re thinking of doing so, you might be surprised to learn that that many green energy deals aren’t quite as green as they should be, according to an investigation from Which?, the UK’s independent consumer body. 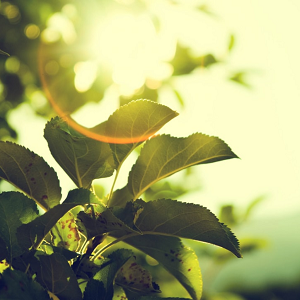 What is a green energy deal?

Also known as a renewable energy tariff, a green energy deal is one whereby some or all of the electricity you buy is 'matched' by purchases of renewable energy that your energy supplier makes on your behalf, usually from wind farms and hydroelectric power stations.

Some green energy tariffs don't even utilise nuclear power, even though it's 100% green.

So far, so good. The trouble is, your green energy deal might not be quite as environmentally friendly as you think it is.

The first thing to bear in mind is that when you sign up to a green energy deal, this doesn’t necessarily mean your power is literally supplied solely from renewable energy sources.

Instead, it works a little bit like carbon offsetting and suppliers offset their energy production by buying energy from renewable sources.

But it seems some suppliers are using the system to 'greenwash' their fossil fuels by buying certificates, paying as little as 93p per customer for the right to claim their non-renewable tariffs are actually green.

More than a third (39%) of the 282 tariffs currently on the market are now classed as renewable, but the reality is that all energy delivered to your home from the National Grid is made up of the following fuel mix:

The price of these certificates vary, as do their green credentials - some are EU guarantees of origin certificates, which have no benefit in Britain, while others come from biofuels, a practice that can involve burning wood fuel pellets and is considered little better for the environment than conventional fossil power.

And suppliers aren't always transparent about where their REGOs are coming from. Shell Energy, for instance, advertises 100% green electricity, but it doesn't generate any of its own green power, nor does it give full disclosure on its REGOs. Bulb, Togetehr and Octopus, on the other hand, buy REGO certificates and specify the energy schemes they support.

But how does green energy work in practice?

For every single MWh of renewable electricity created by a wind farm, solar farm or other renewable generator, Ofgem, the energy regulator, issues a Renewable Energy Guarantees of Origin (REGO) certificate.

There are then two ways a renewable generator can make money from this energy:

Confused? It gets worse.

The Which? investigation analysed more than 300 energy tariffs, and found that at least 40 suppliers that are currently offering ‘100% renewable’ deals that aren’t quite all they’re cracked up to be.

The report claims that while Green Star Energy, Ovo Energy, Pure Planet, Robin Hood Energy, SoEnergy, Tonik Energy and Yorkshire Energy sell ‘100% renewable’ tariffs, these are backed up only by REGO certificates, and not from actual their own renewable electricity production or purchases of green energy directly from renewable generators.

The investigation found that in order to match the average customers use of 3.1 MWh of electricity a year and claim their tariffs are 100% renewable, suppliers can buy REGO certificates for just £1.55, all while doing little or nothing to actually support renewable generation.

Shell Energy also came in for some scrutiny when it took over First Utility and overnight claimed to be able to supply its 700,000 customers with ‘100% renewable’ electricity, when First Utility’s last published energy mix showed that it sourced just 3.7% of its supply from renewables. It seems that rather than committing to genuinely renewable solutions, Shell Energy simply bought up a load of surplus REGO certificates, as outlined in this piece from Good Energy.

Incidentally, Good Energy, along with Ecotricity, were two of the firms that the investigation found do actually generate or buy enough renewable electricity to match their customers’ usage

Although Ofgem claims that REGO certificates are designed to “provide transparency to consumers about the proportion of electricity that suppliers source from renewable generation”, they’re actually being used to at best fudge or at worst game the system.

Ofgem claims the system is working fine, as a spokesman said: “Suppliers offering green tariffs are required to prove that the electricity they supply to these customers is produced from renewable sources. They are required to source ‘REGO’ certificates from renewable generators matching each megawatt hour of electricity they supply to customers who are on green tariffs.

They added: “Ofgem administers this scheme on behalf of government. Ofgem also requires suppliers who offer green tariffs to explain to their customers clearly and transparently how they source renewable electricity.”

But the evidence provided by Which? suggests otherwise - so before you switch to a green energy deal, make sure you do a bit of research to make sure the supplier is genuinely doing all it can to support its renewable energy credentials - this piece from the Which? website is a good place to start.