The UK energy industry is in a state, typified by high prices, low customer satisfaction scores and suppliers either going bust or looking for ways out of the domestic market – not only have 13 suppliers ceased trading in the last 12 months, Big Six suppliers including Npower and SSE have expressed their desire to ditch domestic supply, with SSE confirming it will no longer be supplying household gas and electricity by 2020.

Could taking the National Grid into public ownership be the answer? 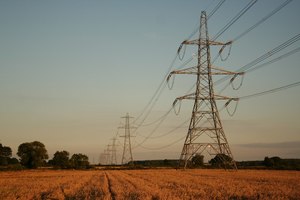 What is the National Grid?

The National Grid distributes electricity across Great Britain, connecting power stations and major substations, generally via the network of over-ground pylons and power cables. The job of the National Grid is to ensure that the electricity generated anywhere on it can be distributed to satisfy demand elsewhere.

As well as the mainland of Great Britain, the National Grid also covers several of its surrounding islands, but does not include Northern Ireland, which is part of a single electricity market with the Republic of Ireland.

How would nationalisation help?

The idea of nationalising the National Grid has been floated by the Labour Party as a way of stabilising the UK energy market and renewing customer confidence.

In its Bringing Energy Home proposal, the party states: “Since Thatcher’s wave of privatisations, energy network companies have been able to post huge profit margins, overcharging customers to the order of billions of pounds, and failing to invest properly in infrastructure needed to accommodate the transition to renewable energy.”

It goes on to outline how the cables and pipes that transport electricity and gas to UK households are owned by investment banks on Wall Street, multinational conglomerates from Hong Kong to the United States, and sovereign wealth funds from China to Qatar, meaning energy companies have been allowed to ride roughshod over UK consumers, running their businesses purely for profit and to appease investors, without addressing the needs of millions of energy users across the country.

It goes on to say: “In public hands, we can begin to address what is referred to as a ‘trilemma’ – providing energy that is low carbon, that is affordable, and that is secure. Energy networks that are owned by the public and responsive to the public interest will be able to prioritise tackling climate change, fuel poverty and security of supply over profit extraction, while working with energy unions to support energy workers through the transition.”

Labour argues that taking the energy network back into public ownership will help put an end to the profiteering, improve supply and help push through the adoption of renewable technologies at both industrial and domestic level, as part of the plan as includes installing solar panels on nearly two million homes.

The proposal goes on to explain how installing solar panels on social homes and those with low-incomes is also part of the plan to "usher in a Green Industrial Revolution in housing, transport and industry - creating over 400,000 jobs and tackling climate change".

There are also plans to offer interest-free loans, grants and make changes to regulations to help an additional 750,000 properties install solar panels, similar to the now defunct Green Deal Scheme. The widespread adoption of solar panels would not only help to reduce fuel bills, but any unused energy could then be used by the National Grid.

National Grid doesn’t seem quite so enthusiastic though, commenting: "[nationalisation would] delay the huge amount of progress and investment that is already helping to make this country a leader in the move to green energy. At a time when there is increased urgency to meet the challenges of climate change, the last thing that is needed is the enormous distraction, cost and complexity contained in these plans.”

The reality though is that something radical needs to be done to shake up the energy industry, but whether nationalisation is the answer is anyone’s guess.