SSE is to abandon the domestic energy market by next year, after losing over half a million customers in the last 12 months.

The news comes just a few months after SSE pulled the plug on a proposed merger with Npower – another Big Six supplier that is keen to cut its ties with the UK domestic market – citing unstable market conditions and the energy price cap as the main reasons for its decision. 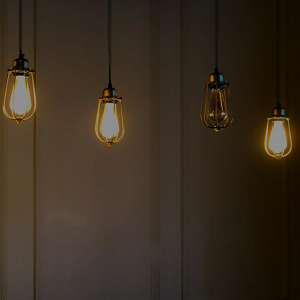 What will happen to SSE customers?

SSE plans to turn off its domestic energy supply by the middle of 2020, when it will either sell or list the energy services arm as a separate business. If your household energy supplied by SSE, your contract will be taken over by whoever SSE sells to – it’s unlikely the new supplier will place you on a particularly favourable tariff, so this could be a good opportunity to switch supplier.

Why is SSE stopping its domestic energy supply?

SSE is putting its decision down to the tough conditions faced by suppliers in an increasingly volatile energy market – the energy giant has lost 570,000 customers in the last year and reported a 38% drop in underlying pre-tax profits for the year to March.

SSE isn’t the only major supplier having trouble holding on to its customers - British Gas recently announced it had lost 234,000 gas and electricity customer accounts, while Scottish Power has lost about 50,000 accounts over the last 12 months. Npower has also lost 103,000 UK customers in the first three months of this year.

Suppliers will blame a combination of the state of the UK energy market, government renewable targets and the energy price cap, and while these are all undoubtedly key factors, there also seems to be a general shift away from the Big Six suppliers.

The UK’s major energy suppliers certainly seem to have suffered the most as energy customers have become more savvy about switching and more suppliers have entered the market.

It was revealed earlier this week that a record number of UK customers switched to a new energy supplier last month after average bills soared by £117 when Ofgem raised the price cap. And April has been a record month for energy switching, as more than 660,000 households switched to a better deal – a 34% year-on-year increase.

Why it's time to switch energy supplier

If you’re on your supplier’s standard variable rate tariff, or your latest fixed rate deal is coming to an end, it’s time to switch to a better deal. To run an energy price comparison, simply enter your postcode in the box at the top of the page or give us a call on 0800 320 2000.