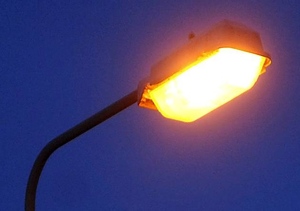 A recent report released by the National Grid has strengthened concerns about the country’s reserve energy supply amidst talks of blackouts this winter.

The National Grid were quick to respond to these fears, assuring customers that “[they] are taking the measures necessary in order to have secure energy supplies this winter”.

The report indicates a dip in the UKs energy reserves, dropping 13% over three years to reach its lowest point since 2007.

In light of this data, energy expert Professor Jim Watson said: “I think it's… very unlikely we will see blackouts in the UK, but what it does mean, this tight situation, is that lots and lots of extra measures are having to be layered on top of an already complicated policy framework.”

The National Grid have recently begun employing additional measures to manage the country’s limited energy supply this winter by paying three major power plants to assure operations, and even asking businesses to reduce their energy consumption during peak times.

This lack of additional energy supply has been blamed on generators breaking or closing down, and a lack of resources available to replace them. In recent years, the UKs ability to generate energy has been severely limited, with a total of 15 power plants being closed, or partially closing since 2012.

In addition the National Grid recently suffered a major setback when a fire broke out at Didcot B, a major UK power plant.

However, Cordi O’Hara, National Grid’s director of market operations, has reinforced previous assurances, stating: “It’s clear the country has the ability to meet its energy needs in a cold winter. But we cannot be complacent and will be monitoring the situation right through to spring next year.”