National Grid: Risk of a winter blackout the highest in six years 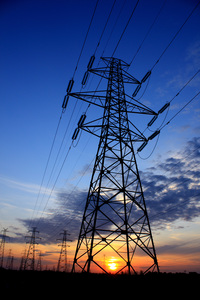 The National Grid has warned the UK is at the highest risk of a blackout this winter for six years.

However, the operator of the UK's electricity network believes it, and the energy suppliers it works alongside, are well prepared to deal with the issue.

National Grid director of market operations, Chris Train, said: "As the system operator, we're never complacent. It's up to us to be ready to balance the system in real-time. We believe we are ready and have the tools we need to play our part."

A number of people in the industry, including high ups at a number of energy firm and the energy regulator Ofgem, have previously brought up the issue of potential blackouts in the future, a concern which seemingly refuses to go away.

The government has closed a number of old power plants over the course of the year, and questions have been raised as to whether the country could cope with less sources of power. Former SSE boss, Ian Marchant, pointed out earlier in the year the government was "underestimating the scale of the capacity crunch facing the UK".

Discussing the issue of blackouts, Energy UK chief executive, Angela Knight, said: ""This is not scaremongering. What we need right now is clear, pragmatic energy policy to keep energy affordable, long-term certainty to attract vital investment and the necessary back-up to ensure we have energy security when and where it's needed."

A spokesman for the Department of Energy and Climate Change added: "Our infrastructure has the capacity to deliver over twice average winter demand for gas, and has coped well with recent extreme winter conditions."

The government has worked alongside a number of energy suppliers to help energy customers improve energy efficiency via its Green Deal initiative as well. Under the scheme, customers can take out loans on things such as boilers and wall insulation in order to improve household energy usage.