Ovo will have to pay an £8.9 million settlement to customers after Ofgem found it had been billing customers incorrectly, or not at all, from 2015 to 2018. 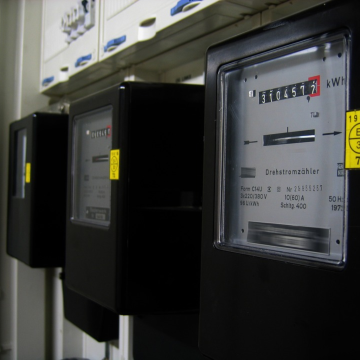 What’s the problem with Ovo?

The energy regulator discovered that Ovo, the UK’s largest independent energy supplier, incorrectly billed more than 500,000 of its 1.5 million customers between July 2015 and February 2018.

It was also found to have underestimated customers’ energy use during winter, which led to customers being undercharged or overcharged.

This can be a real headache for households who either find themselves paying inflated energy bills or need to find extra cash to get their account up to date if they’ve been undercharged.

Another issue picked up by Ofgem was that it was incorrectly charging some customers who used pre-payment meters to settle their bills after prices were capped for such consumers back in 2017.

One of the major problems unearthed by the regulator’s investigation was that while Ovo was aware of its billing issues, it didn’t fully address them - although some customers were subsequently refunded and others had underpayments of less than £100 written off, it decided against issuing refunds to customers who were overcharged by less than £10.

In its report, the watchdog said: "Ovo explained that it did not believe it was an efficient use of resources to process 120,000 small value refunds. These monies did not belong to Ovo but to the customers impacted by Ovo's mistake."

The regulator also concluded that Ovo’s actions could even have had an impact on its customers’ energy switching habits, as it issued inaccurate pricing information to around 160,000 customers.

The regulator added in its report: "Ovo's failure to issue accurate documents may have resulted in some customers making decisions to switch or remain with Ovo based on inaccurate information. These customers may have suffered detriment in missed savings opportunities."

Ovo put the problems down to failings in its IT systems and compliance processes but, whatever the reason, it’s not a great look for a company who could be about to become the UK’s second biggest energy company.

It will now have to pay an £8.9 million settlement package with Ofgem, which will be redirected to vulnerable energy customers rather than a fine that could have been swallowed up by the Treasury.

How to avoid inaccurate billing

Although energy companies can make mistakes, there are steps you can take to minimise the risk of being billed inaccurately.

The best way to avoid estimated billing, whereby your supplier effectively takes a best guess at your usage and bills you accordingly, and the potential for being undercharged or overcharged is to provide regular, accurate meter readings.

Alternatively, you could get a smart meter installed, which will automatically send meter readings to your supplier.

And remember, your energy supplier can only backdate your bills for a maximum of 12 months, and you don’t have to repay anything that falls outside of this period.

It’s also worth voting with your feet and switching supplier - we compare energy suppliers from across the board in a matter of minutes to find one that suits your needs and budget - to get started, simply enter your postcode in the box at the top of the page.