SSE to sell to Ovo

Update: Ovo is set to become the UK's second largest energy supplier after it agreed to buy SSE's retail business for £500m.

Ovo is already the UK's largest independent energy supplier, with 1.5 million customers and about 2,000 employees.

But it will now take on SSE's 3.5 million customers and 8,000 staff, making it second only to British Gas.

SSE said it would "do all it can to ensure a smooth transition for customers and employees". 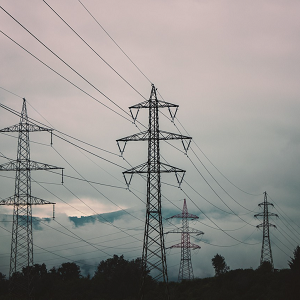 The energy market is in a state of flux - suppliers are going bust, households are being overcharged and the price cap doesn’t really seem to be helping anyone. And now SSE, one of the UK’s Big Six energy suppliers, is considering pulling out of the domestic energy market.

SSE to sell to Ovo - what's going on?

SSE, a Big Six energy firm which supplier almost 6 million UK households, is in talks with Ovo Group over the sale of its retail energy business.

No decision has yet been made, but this has been in the pipeline since May, when the energy giant first announced plans to pull out of the domestic energy market after more than 500,000 households switched to a new supplier in April.

The switches away from SSE came just as the first energy price cap review came into effect, pushing up the bills of around 11 million households by £117 a year.

SSE has cited the price cap as the reason customers have jumped ship, but this may well have provided a tipping point, particularly when you consider it was planning to merge its retail business with Npower, just six months earlier.

The Npower deal was scuppered by what SSE described as ‘very challenging market conditions’, which again could hint at the arrival of the energy price cap. The energy giant suffered even more bad news in April as it was hit by a £700,000 fine from Ofgem, the energy regulator, for missing its targets on installing household gas smart meters.

This new deal will not be a merger, but a straight sale to Ovo Group, which now stands to become one of the UK’s largest energy firms and would replace SSE as one of the Big Six.

SSE said in a statement: “SSE plc can confirm it is in discussions with OVO Group over the possible sale of the SSE Energy Services business, which supplies energy and related services to around 5.7 million household customers across Great Britain.

“These discussions are continuing, however, no final decisions have been taken and no agreements regarding the terms of any transaction have been entered into.

“The Board remains focused on securing the best long term future for the business, its customers and employees and for shareholders.”

How to switch from SSE

If you’re an SSE customer looking to make the switch, the simplest way to find a better deal is to compare prices with UKPower.

To run an energy price comparison, enter your postcode in the box at the top of the page, and we’ll compare deals from across the market to find one that will cut the cost of your annual energy bills - simply switching energy supplier could save you up to £477* a year.