End of Npower signals the end of the Big Six

After a merger with rival Big Six energy supplier SSE fell through, no-one could say for certain what the future held for Npower.

But Eon, which owns both Npower and its parent company Innogy, has confirmed it will pull the plug on the ailing energy supplier and take on its customers.

This finally signals the end of the established Big Six energy suppliers and represents a seismic shift in the energy industry. But what does that mean for Npower customers and employees? 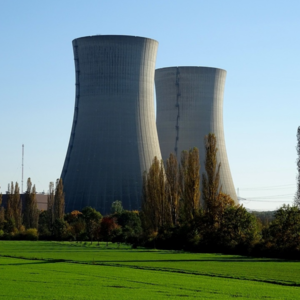 It seems the writing has been on the wall for NPower for the best part of 2019.

Back in March Eon, the French energy giant and member of the UK's Big Six suppliers, appeared to inadvertently take over Npower as part of a a complex €43bn (£38.2bn) asset swap with domestic rival RWE.

Since the deal was made, Eon has been trying to offload Npower, mainly to SSE as part of a merger, but it was forced to officially adoopt the supplier when this merger finally fell through in October.

Here's how we reported the end of that deal...

Update: SSE has scrapped plans to merge its retail business with Npower.

It seemes the Big Six energy firms will no longer become a 'Big Five' as SSE has scrapped its plans to take on Npower's retail energy business.

The merger looked all but done, and the new venture would have had an estimated 12.8 million customers, making it bigger than all but British Gas, which has 13.7 million, but it seems the government's energy price cap has thrown a spanner in the works.

It was believed the two parties would re-negotiate the terms following the imposition of the price cap, which will take effect from Januray 1st, 2019, but this, along with worsening business performance and changing energy market conditions, has seen an about turn from SSE who no longer believe it's in the best interest of its customers, employees and shareholders.

A spokesperson said: “The new company would have faced very challenging market conditions, particularly during the period when it would have incurred the bulk of the integration costs.”

It's unclear where this now leave Npower, which was keen to get rid of its domestic arm, what's the latest on the proposed merger?

Unfortunately, Npower has recorded losses of £142.3m in the first nine months of the year, which means Eon no longer sees it as a viable business.

Eon bosses said up to 4,500 jobs from its 5,700-strong workforce could go by 2021 as the energy firm looks to cut costs and merge its customer bases. Npower boss Paul Coffey left immediately.

If you're an Npower customer, your account will be moved across to Eon over the next two years. There'll be no disruption to your service, but you might find you're not on as good a deal. So be sure you compare energy prices when your current Npower deal enters its final 49 days and you can switch without being hit by an early exit fee.

Is this the end of the Big Six?

The Big Six looks like it will cease to exist once Npower is finally wound down, although its place could be taken by Ovo, the UK's sixth-biggest energy supplier.

Whatever happens, this is a sign of a seismic shift in the UK energy industry.

Just a decade ago, the Big Six suppliers - British Gas, EDF, Eon, Npower, Scottish Power and SSE — had a combined market share of 98%, but this has been eroded to just 72%, according to industry regulator Ofgem.

This market share is being taken up by the glut of new suppliers that have entered the market, especialy those tech-savvy suppliers with big budgets and outstanding customer service levels, such as Octopus, Ovo and Bulb. And even these suppliers are yet to turn a profit, which shows just how volatile and risky the market is.

The downside is that not all of these new suppliers are viable as businesses - 16 have gone bust in the last 18 months - and this has caused instability in the market. A situation that doesn't appear to have been helped by energy price cap.

On the one hand, the price cap has forced the big providers hand when it comes to lowering the cost of their standard variable rate tariffs, but on the other hand it's also made it virtually impossible for inefficient providers to survive, hence so many smaller suppliers are going bust.

Npower had one of the most expensive standard tariffs, which means being forced to cut prices for a million households by £93 a year had a massive impact on its operations. It warned a year ago that the cap could mean a loss of more than £200 million this year, and has since revealed that its already was more than £150 million in the red after nine months alone.

Below is our original story from August 2018, which higlights how far the along was before SSE pulled the plug, and outlines why the two rivals agreed to pool resources and what impact, if any, the merger would potentially have had on the domestic energy market?

What's the latest on the SSE and Npower merger?

After announcing plans to merge back in November 2017, the SSE and Npower merger came a step closer today (August 30, 2018) when the Competition and Markets Authority (CMA) provisionally gave the merger the go-ahead after finding it won't raise any competition concerns.

The UK's competition watchdog, which recently blocked 21st Century Fox's planned buyout of Sky, citing that it would be against the public interest, said its review has found SSE and Npower don't compete closely on their default, standard variable rate tariffs (SVTs), and so any deal between the two won't affect how prices are set.

It was feared that a merger of this scale could reduce competition in the energy market and lead to higher prices, particualrly for those customers on SVTs, which usually come with the most expensive rates.

But Anne Lambert, chair of this merger's enquiry group, put these fears to rest, saying: “We carefully scrutinised this deal, in particular how it would impact people who pay the more expensive standard variable prices. Our analysis shows that the merger will not impact how SSE and Npower set their SVT prices because they are not close rivals for these customers."

Why are SSE and Npower merging?

It seems the main driver behind the merger is the desire of Innogy, Npower’s German parent company, to pull out of the UK domestic energy market, which it sees as overly-competitive and unpredictable, given the government’s recent interventions, and the ongoing uncertainty surrounding the plans to leave the EU.

Peter Terium, chief executive of Innogy, said: “We have made great progress in restructuring Npower over the past two years and have improved our performance considerably. However, when we look at the competitive landscape and the uncertain political environment for energy retailers in Great Britain, it is clear that Npower would be better placed to offer value to our customers and our shareholders as part of a new company with the ability to succeed in the face of the challenges that lie ahead.”

The merger will also allow both suppliers to focus separately on business and domestic energy.

Alistair Davies, chief executive of SSE, said: "The scale of change in the energy market means we believe a separation of our household energy and services business and the proposed merger with Npower will enable both entities to focus more acutely on pursuing their own dedicated strategies, and will ultimately better serve customers, employees and other stakeholders.”

Ed Kamm, chief commercial officer at First Utility, the UK’s largest supplier outside of the Big Six, pulled no punches when giving his verdict on the merger: “This smacks of two dinosaurs coming together to survive. It’s perhaps not surprising that the company with the highest price default tariff, and the one with the highest proportion of customers on its SVT, would seek solace with one another as they are most at risk from the impending price cap.”

The merger will obviously be to the advantage of SSE and Npower, both of which will benefit from pooling resources and exposure to a greater customer base, but what will it mean for energy customers, and the UK energy market as a whole?

What's the latest on te

What will the SSE and Npower merger mean for customers?

We took to Twitter, to gauge reaction to the merger, and almost half (45%) thought the merger won’t make any difference to the UK energy market, while a third (33%) reckoned it will turn out to be a bad thing.

#SSE has confirmed it is to merge its UK operation with #npower to form an energy giant the size of #BritishGas - will this be a good thing for the UK #energy market?

The truth is though, it’s difficult to say what type of impact the merger will have on an ever-changing energy market, in which the Big Six providers are seeing their market share eroded by a combination of smaller suppliers and consumer-generated energy.

Last year was a record year for energy switching, with data from Ofgem showing that 7.7 million gas or electricity switches took place in 2016 - 1.7 million more switches than the previous year, a surge of 28%.

And developments in renewable energy generation and storage technology is enabling a growing number of communities to take control of energy production, which they can both use to power homes and business, then sell any surplus back to the grid.

Ed Varley, Energy Director at UK Power, said: “Legacy brands are struggling to cope with the pace of change in the energy market. The level of competition from lean, new entrants is hurting them and they need to take action. We welcome ongoing, positive change in retail energy and we hope that this merger will ultimately be good news for customers and competition.”

As things stand, the merger is a nascent corporate story, so it’s too early to say what impact it will have on domestic and business energy supply, but it does offer an intriguing insight into how increased customer choice and renewables are affecting the big players in the UK energy market.

And anything that can shake up an industry that is constantly dogged by plummeting consumer confidence, surely has to be a good thing?

What are your thoughts on the SSE and Npower merger? Get in touch via our Twitter or Facebook page and let us know.