What will a price cap mean for your energy bills?

Back in autumn, amid the coughs, comedians and chaos of the Conservative Party conference, Theresa May confirmed that the government is to publish a draft bill to cap prices on standard energy tariffs and end “rip-off energy prices”.

The prime minister had proposed, and subsequently shelved, plans for a price cap as part of last year’s general election manifesto, but yet another change of plan has put energy price caps back in the news again. The final details of the cap have still not been agreed, so what's the latest? 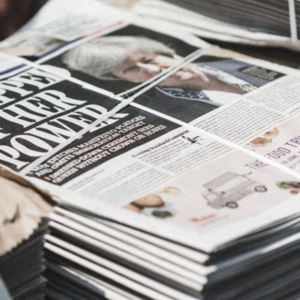 It seems the need for an energy price cap is even more urgent than first thought, with MPs now warning that one has to be in place by next winter to stop consumers being ripped off by Britain’s ‘broken’ energy market.

Rachel Reeves, the Labour MP and committee chairwoman, said that energy companies rely on a two-tier system that profited from customer loyalty and gained new customers by sharply reducing prices for those who switched provider – a drum we’ve been banging for quite some time!

Ms Reeves said: “The Big Six energy companies might whine about the introduction of a price cap but they’ve been overcharging their customers on default and SVTs [standard variable tariffs] for years. Their feeble efforts to move consumers off these tariffs has only served to highlight the need for this intervention.”

Greg Clark, the business secretary, has refused to say whether draft legislation for the cap, which was a promise of the prime minister’s election manifesto, will become law by winter.

If the legislation is to be in place by winter, the price cap bill needs to have been given royal assent before the House of Commons summer recess in July. The reason for this is that Ofgem has stated it will need five months’ worth of consultation, from when the bill becomes an Act of Parliament, before it can implement it.

This was discussed by the Business, Energy and Industrial Strategy Committee, at a meeting for the pre-legislative scrutiny of the draft domestic gas and electricity (tariff cap) bill, and assurances were made that the bill will be passed by summer recess, assuming there are no further complications.

You can watch the discussion at parliamentlive.tv.

Why do we need an energy price cap?

As things stand, energy suppliers set different rates for different tariffs designed to meet the different needs of consumers across the country. And while recent recommendations in the industry have led to the introduction of simpler and cheaper energy tariffs, it’s still the case consumers sat on standard variable rate plans pay more for their energy.

If you’ve let a fixed price plan lapse without switching to a better deal, or you’ve never switched at all, you’ll have been placed on your supplier’s standard variable rate tariff and will be paying more for your gas and electricity.

Although last year was a record year for switching – almost 5 million people switched energy supplier in 2016, up by a quarter (26%) on 2015 – there are still between 12 million and 15 million households on standard tariffs, all overpaying for energy to the tune of £1.4 billion a year, according to estimates from the Competition and Markets Authority (CMA).

Switching energy provider is a quick and easy way to save money on your monthly gas and electricity bills. Make the switch with UK Power now

How will an energy price cap work?

The details of exactly how the price cap will work are still unclear, but the government will be handing over more responsibility to Ofgem, the energy regulator, who will be given the power to impose a cap with no threat of appeal from the energy companies.

This won’t come as welcome news to suppliers, two of which saw their values drop by £1 billion yesterday, following the announcement.

The cap will be applied to supplier’s standard variable rate tariffs, and will most likely be based upon the system currently in place for the 4 million households using pre-payment meters. The level of this pre-payment cap is set by Ofgem every six months, and the regulator uses this power to control the maximum prices suppliers can charge for gas and electricity, based on its view of the costs that they are facing.

Will the price cap be good for consumers?

Opinion is pretty much split down the middle – while supporters of the price cap believe it will result in fairer energy prices for all consumers, its critics reckon it will kill competition, as similar caps in other countries have seen prices bunch around the level of the cap, meaning there is actually less value on offer to consumers.

And then there’s the risk that competition could be driven from the market completely, particularly if the bigger suppliers pull the best deals and completely force out the smaller providers who can no longer compete on price.

It could also signal bad news for business energy bills, as suppliers might push up the price of commercial contracts to claw back the money they lose as a result of the cap.

Getting the level of the cap right is the biggest challenge facing both the government and Ofgem – set it too high and the ‘rip-off’ energy prices remain, too low and there’ll be little or no reason to switch, which could all but kill the competition.

And it could get even worse, as the latest news on the energy price cap is that the government has made no estimate of how much the prroposed cap cpould save household's, despite the Prime Minister's  claim that it will cut household energy bills by up to £100 a year.

An official impact assessment published earlier this week revealed there's not actually been any analysis into how much the policy will save households, or how much its implementation will cost suppliers - a situation that completely goes against the government's own guidance for new policies.

The government have said it will not give figures for the costs and benefits of the policy because it doesn't want to "prejudice, or appear to prejudice, the work of Ofgem", and says the regulator will publish analysis of the costs while consulting on the level of the cap.

Suppliers to cash in on loophole?

Ofgem fears suppliers could cash in and overcharge customers on green energy deals, by exploiting a loophole that exempts these tariffs from the price cap.

The reason green tariffs won't be capped is because customers who choose these deals are considered to have made a conscious decision to pay more for their energy for environmental reasons.

But Ofgem is worried that suppliers will promote green tariffs, or move disengaged customers on to these potentially more expensive tariffs, warning that "suppliers could be able to charge customers well over any price cap level, while only providing slight additional environmental benefit" - remember, only tariffs that are Ofgem Green Energy Label accredited have genuine environmental benefits that go beyond standard governnment emissions targets.

A price cap isn’t the only thing being proposed to help end ‘rip-off energy prices’ – Ofgem has announced plans to trial an energy switching deal that could save up to 50,000 households up to £300 a year each, on their annual energy bills.

It will be open to households that have been on a standard tariff for three or more years, and based upon the ‘collective switch’ model, where prices are cut as large numbers of consumers make the switch at once – essentially a reduced rate for bulk switching.

Ofegm has already chosen, but is yet to reveal, which of the Big Six energy suppliers will run the trial, and it will also appoint a consumer partner to help with the switch, possibly a price comparison site or a consumer group.

Don't wait for any switching trial, switch energy supplier with UKPower today, and you could save up to £491* on your annual energy bills.

Is it time to renationalise energy supply?

Theresa May's Conservative Party conference speech outlined how she and her party are very much in favour of free markets, but are not afraid to intervene in those that aren’t working as they should.

So the decision to get involved in energy pricing suggests that the government believes this is a market that’s not working in the best interests of its customers.

We took to Twitter to find out whether people think energy supply should be renationalised, as the Labour Party suggested during its general election campaign over the summer, and the results were conclusive (albeit from a small sample size).

But would renationalising energy supply really be a silver bullet for energy prices, or the final nail in the coffin for competition? Let us know your thoughts by leaving a comment on our Twitter or Facebook page.