Should fracking be banned in the UK?

It’s almost universally agreed that renewables are the future of energy – one look at last week’s IPCC report on global warming is enough to convince all but the most hardened climate change deniers that our reliance on fossil fuels has to come to an end soon. 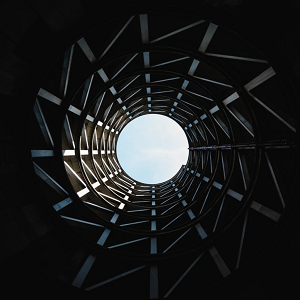 So, why has a whole new fossil fuel industry just been given the green light in the UK? Especially given the fact that fracking still has such a divisive reputation, and is currently banned in a number of countries across the world, including all parts of the UK, except England.

Fracking, or hydraulic fracturing to give the process its full title, is a way of removing gas and oil from underground rock formations, particularly shale rock.

How does fracking work?

The fossil fuels are extracted by fracturing the rocks with a high pressure ‘stimulation fluid’, which is mixture of water, sand, and chemicals – sand is added to the water to keep the fractures in the rock open, while the chemicals are to help with lubrication and keep bacteria out. The Environment Agency must give permission for any chemicals to be used in the process – the most common being diluted hydrochloric acid, though ethanol and petroleum distillates are also used - and extraction can only take place at a depth of at least 1,000 metres.

Although drilling has traditionally been done vertically, horizontal drilling is an increasingly popular and more cost-effective technique. Horizontal fracking involves drilling additional horizontal boreholes off the main vertical one, like branches off a tree, to maximise the amount of fuel that can be extracted from the one well.

One the gas or oil is released from the rocks, it flows to the surface via a well roughly the size of a man hole, where it then taken and stored.

What are the advantages of fracking?

Pioneered in the US, fracking is said to have revolutionised the energy industry over there, reversing its trajectory from that of energy scarcity to being “the undisputed leader of oil and gas production worldwide,” according to International Energy Agency Executive Director Fatih Birol.

This has driven down gas prices and provided gas security to the US and Canada for the next 100 years.

Back to the US, and the shale extraction industry has created around 2.7 million jobs over the last decade, and this figure is expected to rise to 3.5 million by 2035.

Again, a similar success story in the UK would be a massive boost to the economy.

So far, so good. But there must be a good reason so many people are opposed to fracking? It turns out there are quite a few.

Why is fracking unpopular?

Arguably the biggest problem with fracking is that no-one really knows what impact shale gas extraction has on the environment or on the safety of the people who live in fracking areas.

Fracking was suspended in the UK in 2011, after test drilling was linked to two minor earthquakes in Lancashire. The tremors measured magnitudes of 1.5 and 2.2 - for comparison, the devastating earthquake that hit Christchurch in New Zealand in the same year measured 6.3 – and were enough to convince the government to impose a moratorium.

But this moratorium has just been lifted, following assurances that more stringent monitoring would be imposed, and exploratory digging has resumed in Lancashire. If any more tremors are caused, those that register a magnitude of 0.5 or above (too small to cause structural damage above ground) will trigger a red light, and drilling will stop.

Even so, the risks are still there, and people are naturally concerned about the impact large-scale drilling could have on their local area.
Then there are the concerns that the process can cause contamination of domestic water supplies. The worry is that potentially toxic chemicals can escape during drilling and contaminate groundwater around the fracking site.

Although the industry is quick to play down these concerns - a landmark 2016 U.S. Environmental Protection Agency study concluded that, “[H]ydraulic fracturing operations are unlikely to generate sufficient pressure to drive fluids into shallow drinking water zones.” – the risk of contamination isn’t so much from the chemicals used in the fracking process, but from rusted pipes in poorly maintained reservoirs and wells, which could be dislodged by the vibrations from drilling and fracking in the immediate area.

There are also concerns that the transportation of the huge volumes of water needed for fracking could come at a significant cost to the environment.

And, if fracking does prove to be as big a success in the UK as it is in the US, it’s feared that this will have a negative impact on government and private investment into renewable energy technology. And these fears aren’t without foundation, as the government’s position on fracking is vastly different to its position on renewables.

While onshore windfarms often get undermined, and local opposition has the power to block applications, fracking gets full support from the government, to the point where ministers can steamroll local opposition - the communities secretary, Sajid Javid, has recently overturned Lancashire council’s rejection of plans to drill four fracking wells within its boundaries.

So, should fracking be banned? Well it all seems to depend upon whether you think the economic benefits outweigh the environmental impacts. Our Twitter followers were in no doubt, and we’d love to hear your thoughts on the matter.

Should #fracking be banned in the UK?

No one knows what impact, if any, fracking will have on our energy bills, and Cuadrilla, the company in charge of the drilling, says it expects to have an idea of "how much natural gas is likely to be recoverable" from the exploratory drilling by spring 2019.

Take control of your energy bills now and switch to a better deal for gas and electricity – just making the switch with UKPower could cut your bills by a whopping £482* a year.