The UK’s exit from the European Union (EU) could lead to higher energy bills, according to Energy UK, the trade association for the British energy industry, and a House of Lords committee.

Ever since the government set the Brexit clock ticking – the UK is scheduled to leave the EU on March 29, 2019 - a growing numebr of issues have come to light to further divide the UK's citizens and government. We've had an almost immediate drop in the value of the pound, a major slowing of UK economy, major businesses considering leaving the UK, and potential job losses in every single sector. 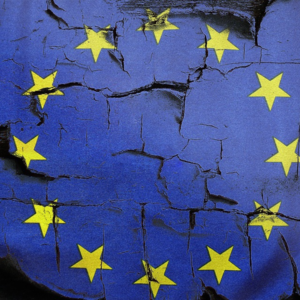 Uncertainty around the energy market is the latest red flag, with Energy UK suggesting household energy bills are likely to rise as a result of uncertainty over whether Britain will remain in Europe’s carbon trading scheme, the EU Emission Trading System (EU ETS) after Brexit. There are also problems forecast around the UK's place in the EU's inetrnal energy market, as well as problems for the nuclear industry, should the UK leave Euratom without a suitable replacement body in place.

All very worrying with just eight months left until the UK officially cuts loose from the EU.

How does the UK energy industry currently work?

Although the EU sets pollution targets, energy policy is largely determined at a domestic level, with each member state choosing how it mixes its energy production between fossil fuels, renewables and nuclear. So, while Germany is winding down its reliance on nuclear power, the UK is increasing its investment in nuclear, most notably the Hinckley Point C reactor.

As things stand, the UK gas and coal make up almost two-thirds of the UK’s energy mix (30% each), while nuclear accounts for 19% and wind makes up 9.5% of energy generation.  The rest is split between bioenergy, solar, hydro and other forms of generation.

Part of your energy bill goes towards investing in renewable energy sources and funding energy improvements to hit green energy targets and meet the pollution targets set by the EU.

When the UK leaves the EU, there’s a chance these targets will change, but there’s nothing to suggest these energy targets will be scrapped – why would they be? – but the need for a new trading relationship with the EU, and the fact that no-one really knows what effect Brexit will have on anything, means an increase in the cost of green energy initiatives can’t be ruled out.

And independent analysis from Vivid Economics and Cornwall, both investigating the likely consequences of Brexit, believe the government’s focus on the energy ‘trilemma’ of securing supplies, while cutting carbon emission and providing affordable energy, will remain.

The uncertainty around Brexit means outside investment into the UK is considered to be a big risk. Vivid Economics and Cornwall both fear the UK will struggle to attract the investment needed to fund future low-carbon initiatives, else will put a higher premium on investment to mitigate for any increased the financial risk.

This problem is exacerbated by both the weakening pound and an increase in the costs of importing equipment and services, which could easily push up bills.

How could Brexit push up our energy bills?

There are numerous ways in which leaving the EU could push up household energy bills here in the UK:

1. A cut in EU investment

As things stand, about 5% of the UK’s electricity and as much as 12% of its gas is imported from the EU, and the four power cables that connect Britain to the continent are scheduled to be joined by eight more in the near future.

Even so, as with all things Brexit, the UK is looking to completely cut its ties with the EU’s internal energy market, which will almost certainly weaken its influence on energy rules, and mean a cut in European investment in the UK’s infrastructure.

And because the EU’s internal energy market is designed to remove trade barriers and promote frictionless trade between member states, leaving this arrangement could lead to supply shortages in the event of extreme weather or unplanned generation outages, and lead to significantly higher prices.

Lord Teverson, the chair of the EU, energy and environment subcommittee, said: “There will be a divergence and we will not be integrated. What that means is energy trading becomes less efficient and retail prices will go up.”

The UK is currently part of the EU Emission Trading System (EU ETS), an EU-wde cap and trade system which puts a price on carbon through trading of emission permits and has been has been crucial in the drive to decarbonise across the whole economy, something in which the UK energy sector has led the way.

When speaking about the potential problems caused by leaving the EU, Lawrence Slade, chief executive of Energy UK, said: “At present, as we do not know what carbon pricing mechanism the UK will be in, the exposure to carbon costs for that period is undefined, which makes it extremely difficult to price any thermal generation and causes deep uncertainty across the market."

This is particularly true for companies that buy energy in advance to protect themselves from market volatility and wholesale price hikes. The uncertainty is already affecting the day-to-day business of energy companies, which are obliged to enable trading in their electricity several years out and from October will have to offer a market for winter 2020-21.

Although Ofgem, the energy regualtor, is reviewing this October deadline, the UK's four biggest energy suppliers - EDF Engergy, RWE, Socttish Power and SSE - are already in the process of setting the prices for the winter 2020-21 contracts, and could easily set prices high to mitigate for the expected price increases. If so, this will have a knock-on effect that could push household energy prices up before 2020, or even before March 29 next year.

Although the leave date is set for March 29, 2019, Britain will remain part of the EU ETS until the current trading phase ends in 2020, but with plan in place for what happens then, there is the possibility that the uncertainty will create cost pressure that will feed through to customer bills

3. No replacement for Euratom

Then there are the problems that could arise should the UK fail to put in place a replacement for Euratom, the EU nuclear cooperation treaty – which could have major consequences for the UK’s nuclear industry, which the government is throwing its weight and money behind – and Brexit could lead to a major energy crisis on all fronts.

Of course, no one really knows what the impact of Brexit will be, but therein lies the biggest problem with what is becoming an increasingly messy divorce.

Power companies and industry bodies have echoed the concerns of the House of Lords committee and are urging politicians to avoid imposing tariffs or barriers on energy trading across borders.

French-owned power companies, EDF Energy and Engie, have been particualrly vocal on this issue, as have the UK's energy idustry body, and all have written to Jean-Claude Juncker, the European Commission president, and Theresa May, the UK prime minister, to make them aware that imposing costs on the use of interconnectors – the electricity and gas cables that run between the UK and its European neighbours – would increase costs for consumers and could also have an impact on environmental issues.

Four cables currenctly connect the UK, Ireland, France and the Netherlands, and 11 new connections linking the UK and other European countries either under construction or being discussed by developers. The UK is set to become more dependent upon energy imported from the continent, just as it leaves the EU, and the free flow of energy across these interconnectors is vital to maintain a level playing field in the energy market and keep costs down for consumers.

As far as the environmental impact of any tariffs on these interconnectors goes, these cables help balance energy supplies and guarantee supply when wind and solar power is unavailable, and increased costs could disrupt this supply and have a knock-on effect on the EU climate change policy and hinder the set back efforts to fight global warming.

The letter to Juncker and May stated: “Any imposition of tariff or non-tariff barriers to the flows of energy across interconnectors would increase the cost of the low-carbon transition and set back action on climate change" and is calling for a comprehensive climate change chapter to be made a priortity in the next round of negotiations.

We asked our social media community to vote in our Twitter poll to let us know if they'd vote 'leave' or 'remain' if the EU referendum was held tomorrow - it's not the biggest sample size, but the results were overwheleming.

Higher #energy bills could be another 'unforeseen' consequence of #Brexit - https://t.co/cx2zRYNlAv - if the #EU #Referendum was to be held tomorrow, how would you vote?
Please vote ✅ and retweet ♻️

How to beat the Brexit energy price hikes

Signing up to a fixed-rate deal is the only tried and tested way to beat any energy price hikes, but with six months to go until the UK leaves the EU, switching to a 12-month fixed deal now would only protect your prices for a further six months after the official leave date.

So, you have a couple of options:

Enter your postcode at the top of the page to run a price comparison and find the best, long-term fixed rate deals available in your area.