The truth about the energy price cap

Here’s something you might not know about the impending energy price cap – it might not actually save you any money. 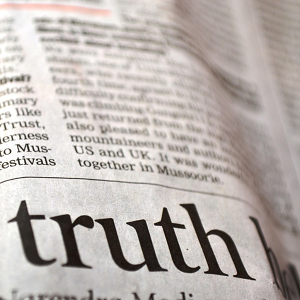 The cap only applies to standard variable rate tariffs, so if you’re on one of the many fixed-rate deals that cost more than the proposed cap, then it won’t save you a penny. Even if you’re on a standard variable rate tariff, it won’t literally cap the amount you pay, and the size of your bills will still depend on how much energy you use, where you live and how you pay.

And they aren't the only problems - but before you check out what's wrong with the price cap, take a look at how we got to this point via our Twitter thread timeline.

Check out our Twitter thread for a chronological timeline of the energy price cap.

.@Ofgem announces #energypricecap to go up by £117 in April. Although #energy prices may be higher without the cap, it doesn't seem to be meeting its remit of ending "rip-off energy prices".
Here's a short thread – including #blogs – on how we got to this point.
Thread 1/15 👇

What’s the problem with the price cap?

In its second energy price cap review, Ofgem has cut the cap by £75, which could see lower energy bills for around 11 million households on standard variable rate tariffs. It's also announced a £25 drop in the cost of the prepayment tariff cap, which should lower the price of energy for around 4 million prepayment customers.

The regulator attributed the fall to lower wholesale energy prices, but switching energy supplier is still the best way to cut your annual energy bills, and there currently around 100 cheaper tariffs available to customers switching from a standard variable rate tariff, meaning you can switch to a deal that delivers a saving that is three times what the price cap drop offers.

And switching from a variable rate to a fixed rate deal means you'll lock your rate in, and not have to deal with these twice-yearly fluctuations alongside any price hikes implemented by your supplier.

Although the price cap a great idea in theory – cap the rate supplier can charge to put an end to ‘rip-off’ energy prices – in practice, it’s riddled with flaws. Here are some of the main problems with the price cap:

The biggest problem with the price cap is that it could actually act as a barrier to the exact thing it’s set out to achieve – saving people money on their energy bills.

In theory, it’s a great idea – impose a price cap to stop ‘rip-off’ energy prices – but in practice it can give energy customers a false sense of security that they’re on a good deal, when the reality is they could save much more by switching supplier. This means millions of customers will still be sat on expensive variable rate tariffs, oblivious to the fact that they’re still on a relatively expensive deal.

And then there’s the misconception that prices will be capped at £1,137 per year – they won’t be.

The price cap will limit the daily standing charge and unit rates for households on their supplier’s default, standard variable rate tariff, which is the deal you’ll find yourself on if you’ve never switched supplier, or you’ve let a fixed rate deal expire without switching.

The £1,137 annual energy bill is simply an estimate for an average household, which Ofgem’s latest Typical Domestic Consumption Value figures put at 12,000 kWh for gas and 3,100 kWh for electricity. This means your actual bill will depend upon how much gas and electricity you use, as well as the region you live in and even how you pay your bills.

And if you don’t pay your bills by Direct Debit, for which most suppliers offer discounted rates, you could find yourself paying a whopping £83 more than those that do.

This also means the estimated saving of £76 a year isn't guaranteed, as many customers will use more or less energy than the average, and some suppliers will have to change their prices by more than others to comply with the cap.

And the price cap level will only be set until April 2019, from when it will reviewed every six months after that, to bring it in line with the prepayment cap review periods. It will continue until 2020 when Ofgem will recommend on an annual basis if it should continue, up to 2023. But these reviews could see the level of the cap increase, as has happened with the prepayment price cap - also known as the safeguard tariff.

It could put an end to competitive energy prices

There’s also the potential problem of suppliers hiking up the rates on their fixed rate deals for those active switchers who are engaged in the energy market. This could see prices bunch around the level of the cap, all but putting an end to any sort of competitively-priced deals.

This suggests that suppliers are willing to cut the number of cheap deals on offer to make up for money they might lose as a result of the price cap. This will not only see customers worse off, it could also push even more small suppliers out of business, meaning we have an increasingly less competitive energy market.

It won’t help everyone who’s on an expensive rate

The price cap only affects standard variable rate tariffs, which means it won’t be any use to anyone on an expensive fixed rate deal – which reinforces the point that the only way to make real savings on your energy bills is to compare rates and switch to a better deal.

There are currently loads of fixed rate deals that currently cost less than the proposed price cap and could save you money whether you’re on a standard, fixed or variable rate.

To get started, simply enter your postcode in the box at the top of the page. Even if your current deal comes with an early exit fee, it’s worth comparing deals as you might still find one that saves you more money in the long run.