Ofgem has announced another increase to the price cap imposed earlier this year to help vulnerable customers on prepayment meters. This latest price increase could see millions of households face paying an average of £47 a year more from October this year.

This latest price hike to its safeguard tariff, which sets a maximum limit that vulnerable households can be charged for their energy, has been blamed on an increase in wholesale energy costs - the same increased overheads that have seen around 20 suppliers put up prices this year, with EDF Energy even imposing two price hikes since June. 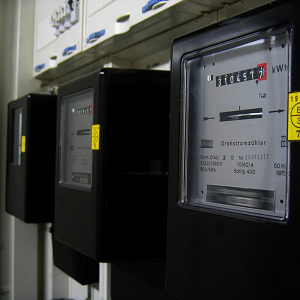 From October 1st, Ofgem's safeguard tariff will rise from £1,089 a year to £1,136 a year for dual-fuel customers, based on typical use, affecting up to 5 million customers.

This latest increase comes on top of the £57 a year price hike announced in April, which seems to entirely defeat the purpose of a price cap - as we said back in October last year, the price cap seems to be a reaction by the government, which needs to be seen to taking action on customers' lack of trust in the energymarket, when it would be better for everyone if the time and money was put into better energy efficiency measures.

One month after Ofgem set a cap on the price customers pay for their prepaid energy, the millions of customers on prepay meters have started saving money on the cost of their utilities. But what exactly is the price cap, is it working, and can new customers benefit from switching to prepay meters?

What is the price cap?

The Competition and Markets Authority’s two-year investigation into the state of the energy markets found that UK consumers who use prepay energy meters were paying among the highest rates for their energy. In addition, the investigation found that these consumers were often the most vulnerable, and likely to be in energy poverty.

In an attempt to help those on prepay meters, regulator Ofgem have introduced a temporary cap on the amount customers can be charged for their prepay energy. The maximum level of caps has been calculated using a CMA methodology linked to the cheapest current per payment meter (PPM) tariff, and it is the responsibility of suppliers to ensure that customers are not charged in excess of the cap.

The measures are designed to help some of the 4.5 million UK energy customers, who may find it difficult to switch to switch away from prepay meters to cheaper direct debit tariffs.

When did the prepayment price cap come into effect?

The price cap officially came into effect on the 1st of April. Customers are advised that any changes to their tariffs will not take effect until they top their meters up, so do this as soon as possible in order to take full advantage. Even if you already have credit on your meter, a small top up will activate the new tariffs.

The price cap is only temporary, and is due to finish in line with the completion of the proposed Smart Meter rollout in in 2020.

Ofgem have said that they will review the level price cap every 6 months. This means that the price customers on prepayment meters pay for their energy could change every April and October.

Has the price cap been effective for customers on prepayment meters?

Since prepayment meters account for around 4.5 million electricity accounts and 3.5 million gas accounts - that’s between 15% and 17% total gas and electricity - the caps are likely to have a positive effect on many households. Ofgem announced in February that they expected a household with average use to save around £80 per year. That’s between a 10% and 15% saving on the bills for millions of people, a total saving for UK customers of around £320 million. So on the surface it looks as if the price cap will be very effective at saving customers money.

All customers, however, will not receive equal savings. The cap will benefit those who use electricity to heat their homes, more than those who use gas. Customers who are on Economy 7 tariffs are likely to benefit the most.

The amount of savings customers will receive will also vary by region. Single meter electricity prices will be the cheapest in London under the price cap, while customers in the South West of England will pay the most. Customers in Yorkshire & North Lincolnshire and the East Midlands have the cheapest gas prices, while Southern England sees the highest rates.

Although the pre-pay price caps certainly seem to be helping more vulnerable customers in the short term, the suggestion of further price caps on energy bills in the Conservative’s election manifesto has been attacked.  Critics claim that price caps will reduce competition and drive up prices in the long run.

How can new customers benefit from the price cap?

Find out how much you could save switching to a prepayment meter, visit UKPower for a free, Ofgem accredited price comparison.

Never miss out on the latest energy news, sign up to the UKPower newsletter.