Why are energy suppliers going bust? 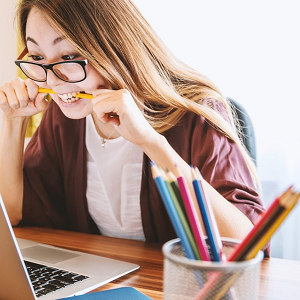 Why are so many energy firms going bust? And should this make you think twice about switching away from the Big Six?

What energy firms have gone bust?

Almost 700,000 customers have been affected by suppliers going bust since January 2018. A total of 11 suppliers ceased trading in 2018, five of them in the last quarter, and 2019 has already seen another two go to the wall.

What happens when an energy supplier goes bust?

The good news for anyone affected by a supplier going bust is that Ofgem has safeguards in place that ensure no customer are left without gas and electricity at any point. The regulator will automatically transfer all customers to a new supplier, known as a supplier of last resort (SoLR).

If you’re ever in the situation where your supplier goes bust, the advice is to sit tight until Ofgem appoints a new supplier. Once this new supplier has taken over your contract, you should then shop around for a better deal, as it’s unlikely the SoLR will put you on a competitive deal, and may even place you on deemed rates, which are among the most expensive.

Why are so many energy suppliers going bust?

2018 wasn’t a great year for the energy industry.

A series of (some would say unnecessarily high) price hikes saw consumer confidence dwindle to such a degree that the government felt the need to intervene in what the Prime Minister called “rip-off energy prices”.

The government’s answer to the problem was to task Ofgem, the energy regulator, with setting a price cap for standard variable rate tariffs.

But even this has been beset with problems, as suppliers seem to be pulling their cheapest deals and replacing them with tariffs that sit around the level of the price cap - the number of cheap energy deals - those that cost less than £1,000 per year - dropped by 90% during 2018, falling from 77 at the start of the year to just eight by the end of it.

The fear now is that smaller suppliers will be squeezed out, and so we could see even more going bust before the year is out.

There are bigger problems than the price cap though, and many of the suppliers who have gone bust have cited rising wholesale costs as the reason for the demise. These are the same wholesale costs that led to an unprecedented number of price rises in 2018.

Iresa Energy is one such firm who struggled to maintain low prices, as outlined in a statement by Octopus Energy, the supplier that took on the role SoLR: “There is a reason Iresa went bust. We regularly update our prices to reflect the wholesale cost of the energy we supply you.

Although we’ve won numerous awards for our customer service, we add less than 5% to your energy bill to cover the entire costs of running our business. There are a number of energy suppliers offering break-even or below cost energy at the moment, and they will either sting you with price rises or go bust. We’d rather offer our customers long term good value with customer service you can trust.”

Other suppliers have put their demise down to the increased pressure placed upon them by the government’s renewable energy targets – the announcement that Spark Energy had ceased trading came just days after it missed a deadline to make a £14.4 million renewable energy payment.

And some go under because they can’t offer customers the level of service required.

Extra Energy went bust while being investigated by Ofgem over 1,160 complaints that had been made against it in a 12-month period, although in a statement, Nick Read, Extra Energy’s chief executive did go on to cite “substantial UK regulatory change with the introduction of the price cap” as a reason it could no longer operate.

In a further twist of the Economy Energy story, Ofgem issued a provisional order to stop the transfer of its former customers to gas and electricity company E. Just before its collapse, Economy Energy agreed to sell around 30,000 of its customers to E, but failed to notify Ofgem about it when the company stopped trading.

Although there’s not yet any evidence of a breach of the rules at this stage, the order will remain in place for three months, during which time E must stop the switch of the customers and write to Ofgem about what steps it has taken.

So, given the risk of more suppliers going bust, is it worth looking beyond the Big Six when switching energy.

Is it safe to switch to a smaller supplier?

Although there’s a chance more smaller suppliers will go bust this year, you shouldn’t let that put you off switching to a less-well-known provider. And you certainly shouldn’t use it as a reason to stick with the Big Six – although there’s little or no chance that any of the bigger players will go bust, sticking with them could see you paying more for your energy and leave you frustrated at their below-par levels of customer service.

The latest Which? survey to find the best and worst energy suppliers saw all of the Big Six languishing towards the foot of the table, with poor customer service scores cited as a problem, while the top five was made up of smaller suppliers, topped by Octopus Energy.

To find out the results, and to see how your supplier measures up, check out Who are the UK’s best and worst energy companies?

When choosing your next gas and electricity suppliers, run an energy price comparison with us, and once you’ve found a deal you like, check out your chosen supplier’s customer reviews to get a more complete picture of what you can expect – as we’ve said many times before, although cutting costs will almost always be the biggest incentive to switch, the cheapest option isn’t always best option.