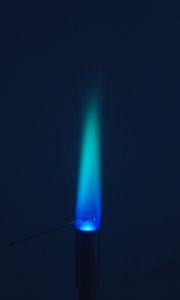 The states of the European Union import 53% of their energy requirements, making them collectively the biggest importer of energy in the world. Much of this importation comes from Russian monopoly, Gazprom, who controls much of the EU’s gas supply. The European Commission has just unveiled a plan to relieve Europe’s dependency on Gazprom, in the face of growing political tensions with Russia.

The EU’s Energy Union Plan looks to integrate the 28 separate energy markets of EU states into a single European energy market – all up and running by 2019. The Energy Union would allow consumers to purchase energy transnationally, it would give Brussels more power against national energy regulators, and it would help EU states to achieve their energy efficiency targets.

Six EU member states are 100% dependent on Gazprom for gas, and Germany imports 1/3 of its energy from the Russian giant. The Energy Union Plan would lessen Russia’s grip over Europe’s natural gas, and could lead to better energy security for the EU. Brussels has stated that Russia have been known to use their energy monopoly as leverage to serve political purposes, and the Energy Union Plan would put a stop to this.

However, the EU’s proposal has been described as radical and ambitious, and it is likely that it will face obstacles both pragmatic and political. Some have suggested that the proposed ‘harmonisation’ of EU states’ individual energy markets would take decades to properly implement, and that 2019 is not a realistic target.

This news was brought to you by UKPower.co.uk – stay tuned for more on the subject.