Should you switch to a small energy supplier?

Energy customers have never had so much choice. There are now more than 70 companies offering gas and electricity deals to UK households – that’s a ten-fold increase in suppliers since the energy market was privatised in the 1990s.

Even so, three-quarters of households are still supplied by one of the Big Six, meaning millions are missing out on significant savings. If you’ve never switched to a smaller supplier, here are some of the pros and cons to help you make a more informed decision the next time you switch. 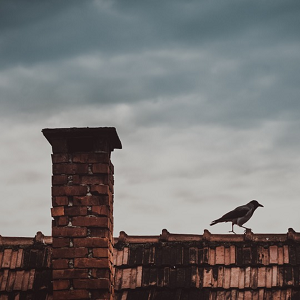 Why choose a smaller supplier?

If you’re looking to switch energy supplier, saving money will most likely be your main motivation, and switching to a smaller provider can help knock a considerable chunk off the cost of your annual energy bills.

Taking standard variable rate energy tariffs as an example, an average household that gets both gas and electricity from one of the Big Six suppliers can expect to pay between £1,162 and £1,249 a year (though this will rise to at least £1,254 a year when the price cap increase takes effect from April 1st).

But that same household could pay as little as £883 a year just by switching to a smaller supplier.

It’s not all about cost though, you’ll also want a supplier that offers excellent customer service and can answer any billing or supply queries quickly and effectively.

You might think that this is where the Big Six come into their own – the bigger players have been in the industry longer, and so should offer efficient customer services – but sadly this isn’t true.

The Which? 2019 Energy Survey found that the Big Six scored poorly when it came to customer service both online and over the phone - each scored two or three stars out of five, apart from SSE which got an impressive four stars for both.

Ofgem has banned #Solarplicity from taking on new customers, due to poor switching process and customer service. The ban will stay in place for 3 months but could be extended if it fails to make improvements. Now could be a good time to switch supplier. https://t.co/eNmvuTZIMg pic.twitter.com/Ed7kBd9laC

It’s always worth checking customer reviews before you switch.

What are the risks in choosing a smaller supplier?

They could go bust

If you’re with a smaller supplier, there is always the chance it could go bust. A staggering 13 energy suppliers ceased trading in the 12 months to January 2019, meaning the regulator had to step in and switch customers to a new supplier.

Even though so many suppliers have gone bust recently, it’s still a relatively rare occurrence, and if your supplier does go to the wall, this doesn’t mean you’ll be left without gas or electricity. Ofgem has safeguards in place to ensure no customer is left without an energy supply, and will automatically transfer all customers to a new supplier, known as a supplier of last resort (SoLR).

To help safeguard against new suppliers entering the market and going bust, Ofgem is also reviewing its approach to supplier licensing. The review is currently under consideration, but if it is agreed it will see measures put in place to protect against poor customer service and financial instability, as well as ensuring that failing suppliers bear their share of the costs and minimise the implications for remaining suppliers and consumers.

The risk is always there, but this shouldn’t be a reason to avoid going with a smaller supplier. Again, it’s always worth checking customer reviews before switching.

You could lose out on heating benefits

If you get the Warm Home Discount - a payment of £140 to help with energy bills for those who qualify for certain benefits - you could find that switching to a smaller supplier means this benefit is stopped. Energy firms only have to pay out if they have 250,000 customers or more – but some smaller firms choose to pay even if they have fewer customers.

You’ll need to have new pipes and cables installed

This is one of those energy switching myths that just won’t go away, but switching supplier doesn’t mean you’ll need new pipes and cables installed at your home. Even if you switch to a smaller supplier, your gas and electricity will still be supplied through the existing pipes and cables, and there’ll be no disruption to your supply and no change in the reliability of the service.

How much could you save by switching to a smaller supplier?

If you’re ready to switch energy supplier, run a price comparison with us to see how the rates offered by a smaller provider stack up against the Big Six – you might be surprised at just how much you could save on the cost of your annual energy bills.