Even though last year was a record year for energy switching - 5.5 million households switched, the highest figure since 2013 – there’s still a large portion of the population who still aren’t turned on to the idea.

This could be because there are so many misconceptions around the energy switching process, meaning a large number of households don’t think it’s worth the hassle. But the truth is, we take all the hassle out of comparing deals and switching supplier – here we bust that, and many more, energy switching myths. 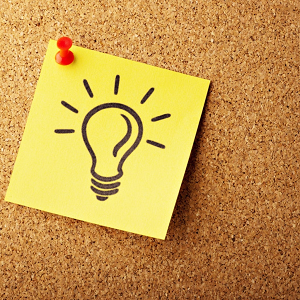 Switching energy supplier is too much hassle

One of the most common switching myths is that it’s too much hassle, but in reality you can compare prices on line in a matter of minutes, and be switched to your new supplier within a couple of weeks – the only thing you have to do is enter your postcode in the box above, enter a few more details into our search engine, choose the deal you like best, then we’ll take care of rest.

Check out the video below to see how simple the whole switching process really is:

I won’t save enough money to bother switching

If you’ve never switched supplier, or you’ve switched in the past but let an old fixed deal expire without switching to a new one, you’ll be on your supplier’s standard variable rate tariff.

This means you’ll be on one of the most expensive rates around, and should definitely be able to make significant savings by simply switching supplier. Last year, Ofgem ran a collective switch campaign for 50,000 households who had been on the same variable tariff for six years with one of the big six suppliers, and found customers made average savings of between £261 and £298 a year.

To see how much you could save, run an energy price comparison now.

The energy price cap means I don’t need to switch

Although it’s been introduced with the best of intentions, the energy price cap is massively flawed. Not only has the level of the cap already been increased by £117 a year, there’s no guarantee that your bills will be capped at all, as the amount you pay all depends upon how much gas and electricity you use.

And the price cap only affects standard variable rate tariffs, which means it won’t be any use to you if you’re on a more expensive fixed rate deal, which reinforces the point that the only way to make real savings on your energy bills is to compare rates and switch to a better deal.

This one is partially true, but only if you’ve been in debt with your supplier for more than 28 days. If this is the case, you’ll need to repay any energy debt. If you’re struggling to pay your energy bills, there’s some useful information in our blog How to deal with energy debt.
There are exceptions to this rule though. If it’s your supplier’s fault that you’re in debt, then they can’t stop you from switching. Nor can they if you’ve been in debt with them for less than 28 days.

If you pay for your energy using a prepayment meter, you can switch gas or electricity provided you owe less than £500.

I can’t switch because I don’t own my property

If you live in rented accommodation, this doesn’t necessarily mean you can’t switch energy supplier. If you’re responsible for paying the gas and/or electricity bills, then you have right to choose your own energy supplier.

Check the terms of your tenancy agreement find out whether it’s you or your landlord who is responsible for paying the energy bills and, if it’s you, get in touch with them to let them know you want to change suppier.

I don’t want to be charged twice during the switch

My gas and electricity will be cut off when I switch

All energy suppliers get the gas and electricity into your house through the existing pipes and wires, meaning there’ll be no disruption to your supply when you switch, you won’t be cut off, and there’ll be no need for any digging or drilling at your property.

Do you have energy switching questions you need answering? If so, get in touch via Twitter or Facebook and we’ll do our best to put your mind at ease.