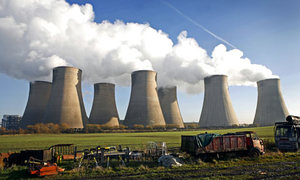 A recent study produced by independent consultants, Cambridge Econometrics, has revealed that increasing the UK’s 2030 energy efficiency target to 40% could boost the country’s economy by a staggering £62bn.

Britain’s current target looks to reduce energy usage by 30% before 2030, creating 13,000 jobs in the process. However, the Cambridge based consultancy claims that increasing this target by just 10% would boost this figure and more than triple the amount of jobs produced.

The UK’s initial reduction of 30% has already been criticised by both Denmark and Germany, who feel the target is based on outdated figures and would like to see it raised.

Brook Riley, a spokesman for the British environmental organisation Friends of the Earth, claims we only need to look to the countries worst affected by economic downturn to see the benefits that a more ambitious target can have on our economy.

Riley stated: “The benefits of energy efficiency are impressive and we need to be ambitious. It is significant that the countries which were hardest hit by the financial crisis – Greece, Portugal, Ireland – are among the strongest advocates of going as far as we can.”

Other charities have joined the cause, arguing that failing to raise the energy efficiency target now will set a precedent for future efforts, which will have a resounding negative impact on Europe’s ability to reach 95% decarbonisation by 2050.

In response to the criticism, the Secretary General’s office claims that doing too much too quickly will actually have a negative impact on future targets.

“There are risks in promoting too ambitious a target for energy efficiency because costs increase faster than the benefits. More specifically, the additional fossil fuel import savings of an energy efficiency target of going beyond 28% are smaller than the associated costs.”

Currently, the UK is sticking with its 20% target following additional support from the president of the European Commission Jean-Claude Juncker.