Robin Hood Energy has ceased trading after selling its customer base to British Gas. Although millions of pounds was poured into the venture by Nottingham City Council, the business is no longer sustainable and 230 jobs will be lost along with a ‘significant amount’ of public money. 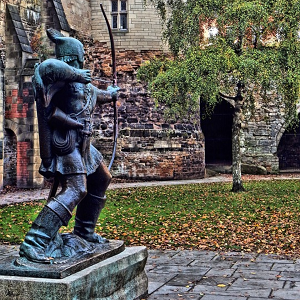 It doesn’t end there though - 12 of Robin Hood Energy’s ‘white label’ suppliers will also cease trading and see their customers moved to British Gas.

This is a massive blow to local authority-owned energy supply, which worked on a not-for-profit basis to help customers benefit from cheaper energy prices.

Which energy firms are affected by the Robin Hood Energy collapse?

2019 was a tough year for energy suppliers, as 14 suppliers went out of business, affecting almost 700,000 customers. It was also a bad year for Robin Hood Energy, which needed a £25.5 million taxpayer loan to bail it out of trouble.

Not only that, a great 2018 saw it come second in the 2019 Which? Best Energy Suppliers award, but the troublesome year that followed saw it drop to 20th in 2020.

At the time of the bailout, Gail Scholes, CEO of Robin Hood Energy, remained upbeat, saying: “Under the public ownership model we’ve seen our customer numbers grow by over 30% in the last 12 months. We also returned a small profit last year which was wholly reinvested back into our customers, whilst increasing our headcount by 65%, enabling us to provide local jobs for local people.

“The latest valuation of our business far exceeds any commercial loans we have with Nottingham City Council. In simple terms our house is worth more than its mortgage and has generated a £2 million per annum income stream to the council via interest payments. As well as growth, our focus remains on tackling fuel poverty and reaching the 60% of the market that remain disengaged, so we can offer them a cheaper and better solution to the traditional Big Six.”

But it seems the writing was on the wall, and after investing £43 million of funding, alongside £16.5 million of guarantees, Nottingham City Council has had to pull the plug.

If you’re a customer of any of the affected energy suppliers, you’ll simply be switched to British Gas - your supply won't be interrupted, and British Gas says that all customers will be offered a British Gas tariff at the same or a lower price than the one they're currently on.

Even though British Gas has offered this assurance, you should still compare energy deals and switch to a better deal at your earliest convenience. When you switch energy with UKPower, we’ll take care of the whole switch, and you should be on a better deal with a new supplier within 21 days.

To find out more about what happens when your energy supplier goes bust, check out the short video below.