Are energy prices putting your business under pressure?

Over half of Britain’s micro-businesses feel the rising cost of energy, and the terms under which providers demand payments are putting their future in doubt.

A survey by Utilita Energy, an independent UK energy supplier, found that over half of micro-businesses (56%) believe rising energy costs are threatening their future, and almost half (45%) feel penalised by energy suppliers who ask for large up-front payments. 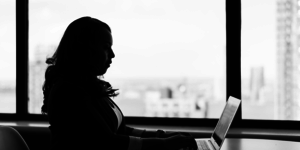 The survey, which questioned 502 micro-businesses, including cafes, pubs, restaurants, hairdressers, convenience stores and other retail outlets, also found just under a third (31%) have been put on a high tariff as they’re considered to be a credit risk, while around a fifth (21%) have been turned down by energy suppliers.

The most alarming statistic of all is that 7% of businesses have been cut off for missing a payment, which has had catastrophic commercial consequences.

Is it right that energy companies should penalise the smallest businesses so harshly? And is anything being done to help those start-ups that struggle to get a good energy deal and meet their monthly repayments?

What is a micro business?

A micro business is simply a business that operates on a very small scale.

The latest figures from the Office for National Statistics show these small scale operations now account for over three-quarters (76%) of all UK businesses – of the 5.5 million businesses in the UK, 1.3 million employ more than one person, while the remaining 4.2 million don’t employ anyone else but the owner.

What’s the problem with micro businesses and energy costs?

Energy suppliers, like any other business that offers credit, run credit checks against clients and customers before offering energy tariffs – the problem facing many micro businesses is that they’re often put onto expensive tariffs with expensive up-front fees, or rejected completely, because energy suppliers see them as a credit risk.

It’s a situation that is seeing many microbusinesses struggle, as they cannot afford the high rates and up-front fees imposed by energy suppliers, particularly when they are just starting out and cash flow could be a problem.

If the energy supplier then cuts them off for non-payment, they can no longer trade and have no chance of meeting the repayments.

So serious is the problem that, in a letter sent to Dermot Nolan, Chief Executive of Ofgem, Greg Clark, Secretary of State for Business, Energy and Industrial Strategy, stipulated, stipulated that the energy regulator needs to include measures to ensure micro businesses are fairly treated by energy companies.

Sow what, if anything, is Ofgem planning to do to help the small start-ups that form such a crucial part of the UK economy?

After hitting an all time low around this time last year, when a drop in demand for large business energy saw prices plummet, the cost of energy has been on the increase again.

Here are some headline figures:

Ofgem released the following statement in response to Greg Clark’s letter: “We will consult on further measures to help such businesses including potentially extending domestic protections – such as cooling off periods and reducing a supplier’s ability to object to a customer switching – to the smallest micro business customers.”

In short, this means microbusinesses now have extra protection and rights when it comes to energy supply and switching, and the business energy product is now much closer to the domestic one – for the very smallest start-ups, at least.

Unfortunately, it doesn’t look like the new measure will include protection against microbusinesses having their energy supply cut off, similar to the protection afforded to the more vulnerable domestic customers.

And, given the current ambiguity between where a micro business ends and a small business begins, there is the potential for the well intentioned additional rules to actually reduce the protections currently received by small business customers.

If your business is paying too much for energy, speak to our business energy experts on 0800 326 5517 and we'll compare prices from a wide panel of suppliers, so you can choose the contract that's right for you and move to a better deal.