Are you stuck on an expensive energy deal?

Do you know whether or not you’re on a fixed-rate deal, or a more expensive standard variable tariff? If not, you’re far from alone - a survey from Bulb Energy has revealed more than a quarter (28%) of UK households don’t know if they are on the most expensive rates for gas and electricity. 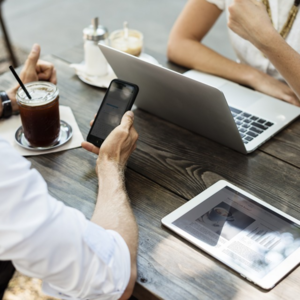 What is a standard variable tariff (SVT)?

Standard variable tariffs (SVTs) are the default, and usually most expensive, price plans offered by energy suppliers. If you’ve never switched supplier, or your fixed rate energy deal has expired, you’ll have been placed on an SVT, and paying more than you have to for your gas and electricity.

Variable rate tariffs, like all energy contracts, charge a specific rate for each unit of gas and electricity you use, but the rate on these deals can go up or down in line with fluctuations in the market, meaning there’s no protection against energy price rises.

Do you know what type of energy deal you’re on?

As well as highlighting a lack of awareness around SVTs, the Bulb Energy survey also found around one-in-twenty (6%) don’t even know who supplies their gas and electricity.

We put this question to our Twitter, and our results were a little closer - seems our energy-saving community aren't quite as savvy as we think...

Off the top of your head (and without checking your latest gas and electricity bills) do you know who supplies your household #energy?

It also appears there could be some confusion when it comes to switching energy supplier – while almost half (44%) said they’d switched in the last year, Energy UK figures show that just under a quarter (22%) of the UK's 27.1 million households actually switched last year.

Even so, it appears that 2017 could be a record year for energy switching - over three million energy customers had switched supplier by August 2017, according to figures from Energy UK, which represented a 14% increase on the same point in 2016.

But, if we’re all getting more energy savvy, why are so many of us still in the dark when it comes to energy deals?

Another stark finding from the Bulb Energy poll was that while 16% of those aged 55 to 74 are unsure whether or not they’re on a variable rate tariff, this figures rockets to 53% among those in the 18 to 24 age bracket.

This would seem to support the findings of 2016’s Ofgem Consumer Engagement Survey, which found that consumers under 35-years-old are less likely to be engaged when it comes to energy switching, in which case, they’d be less likely to know what type of tariff they’re on.

This lack of engagement could be due to the fact that a high proportion of householders in this age group also live in rented accommodation, possibly using prepayment meters, and aren’t actually aware they can switch.

How to switch to a better deal

If you’re unsure which type of tariff you’re on, check your online account or take a look at your latest bill, and if you don’t have these details to hand, give your supplier a call.

If you don’t know which energy company you’re with, check out Who supplies my gas and electricity to find out how you can get in touch with your supplier, whether you’re a homeowner or a tenant.

And if you want to know how to switch to a new energy deal, and potentially save £618 or more* on your annual bills, check out the video below:

How to switch energy provider

Switching energy provider is a quick and easy way to save money on your monthly gas and electricity bills. Make the switch with UK Power now